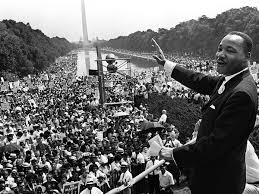 Today we celebrate the 50th anniversary of the March On Washington. For the past few days the television, newspapers and social media sites have been buzzing with the ringing of freedom. Historic images of a time not so long ago have stirred conversation, emotions & questions that leave us looking for answers. People have been quoting Dr. King, Scripture, civil rights activists and President Kennedy hoping that it will leave an impression on our youth reminding them to look back so they can see the future. But after today, will they remember?

Americans as a whole seem to have chronic short term memory loss. We stay engaged as long as it is pushed in our face, but when it stops running on the 6 o’clock news or filling our facebook timelines, we tend to forget. We cannot forget. Not if we want to ensure that 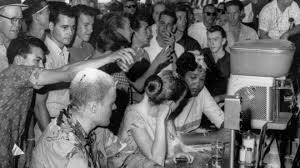 freedom remains for all. Not just for little brown boys & girls, but for everyone all over the world. Children must know what was sacrificed for them so that they are motivated to do better by the next generation. Want to do something amazing for your kids explain the importance of the March on Washington, the Birmingham Bus Strike, C.O.R.E, the Freedom Riders and The Underground Railroad. Turn down the A.$.A.P Rocky and open up Having Our Say by Sarah & Bessie Delany w/ Amy Hearth. Turn off Spongebob and rent the Ernest Green Story. The face of bravery are the kids sitting at the lunch counter taking hot coffee to the face because of the color of their skin, not the gang banger “protecting” his hood by killing kids in his neighborhood that “disrespect” him by innocently wearing the color of an opposing gang. Brave are the freedom riders who knew that if they didn’t sit, then the next generation wouldn’t be standing.

We keep demanding and talking about change. Voting Barack Obama into the White House was not enough. Trayvon Martin was still killed for looking suspicious. A young man from Australia was killed because his killers were bored and wanted to watch someone die. A child was killed walking home from the store in her neighborhood by a stray bullet from gang members attempting to flex their strength. Young men are dropping out of school at an alarming rate. Affirmative Action is null & void if we don’t have minorities in school to take advantage of it. With the poisonous food, poor healthcare, failing education system & divisional politics, we are killing The Dream. We have got to do better.

Barack Obama, Congress and The Judicial System can’t wave a wand and create jobs and cash out of thin air! A single political party isn’t going to change the entire country in four

years. It’s going to take the citizens of this country to find a common ground and fight for the freedom of the future. We should want things to be better and easier for our kids like our grandparents and ancestors wanted for us. My great grandmother brought her baby to a brand new city on a train all by herself because she wanted the best for my aunt and who ever came after my aunt. So, it’s my turn to make sure I make it better for Jax and who ever comes after Jax! It’s time to take a real stand for our children. Be the change not just for today, but everyday! Roll up those sleeves and do your part. Changing the world isn’t a sprint, it’s a marathon. Keep a good pace and keep the faith.

“We’ve come to Washington to commemorate, we go back to agitate…many things have changed. Some things have not changed.” ~ Rev. Joseph Lowery, 92 March On Washington 50th Anniversary March