With all the hoopla I had going on with my dad yesterday I was unable to concentrate on anything other than that and I missed someone’s special birthday!  One of my favorite girls turned 50 yesterday. Holly Robinson Peete. That’s right! Mom, Actor, Philanthropist, Singer, Activist and Cher Impersonator (yea, I bet you didn’t know about that did ya?!), Holly Robinson Peete is fabulously fifty.

First of all let’s just talk about the fact that she doesn’t look older than most 35 year olds and is in better shape than me, and she has had four children.  Seriously, it’s actually annoying and inspiring all at the same time. In all sincerity though, Holly is probably one of the best people I’ve ever known. I’ve known Holly for about 25 years, back when she was just Holly Robinson playing an undercover cop playing a teenager in a very popular cop show on Fox with a lot of hair spray and ripped denim. My mom was pretty strict with how many people were able to be around us, let alone take us out without her. But we found ourselves lunching at Ed Debevics and hanging out with her and her cousin Kelly, that my brother lovingly referred to as Kelly-Kelly. My mother has always said, something inside her told her she could trust Holly. Now as a mother, I can understand just how big a deal that was. My mother’s whole life was in Holly’s car. My mother entrusted her whole life to a 25 year old. Clearly she saw something in Holly that world hadn’t seen yet. That Holly is a compassionate human being that is smart, loving and thoughtful. I am very blessed to have had her in my life as a mentor, friend and the keeper of a few secrets when I wasn’t exactly comfortable going to my mother just yet. Her work in education, child advocacy, health and hunger in this country and all over has been nothing short of inspiring. She is so quick to get on the phone, pool resources and create solutions to many problems. Usually done under the radar. I’ve watched her change people’s lives simply because it was the right thing to do. You don’t really have to ask Holly to do something, and if you do, you only have to ask her once and it’s done.

Happy Birthday Holly, Holly. Cheyenne, Jacob, Kirby, Jax and I all love you and look forward to spending another 50 years laughing with you! Thank you for everything you do! 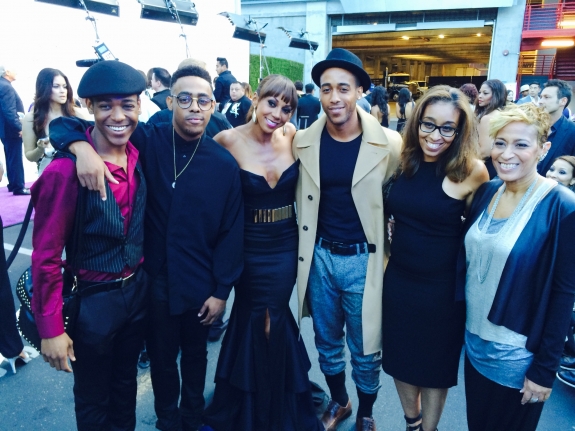 In honor of Holly’s birthday, I am asking everyone to donate at least $10 to her #50for50 campaign to help families affected by Parkinson’s & Autism. Text 50FOR50 to 41444 today and help Holly change a life! 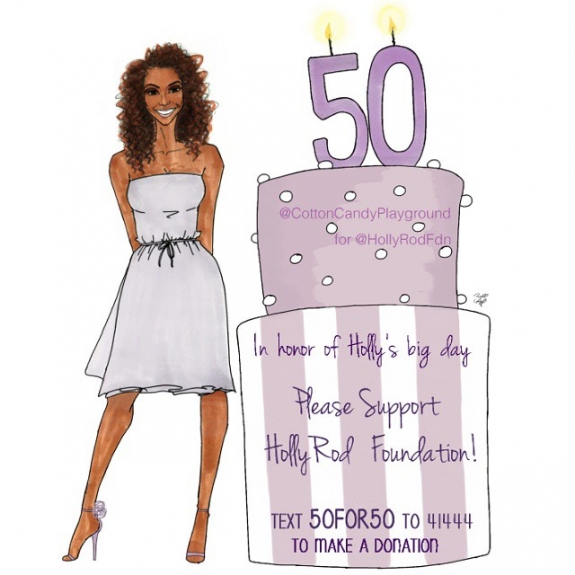 « The Big Back To School Giveaway!!» Mommy and The Bad Day!