Thanks A Lot, CDC!

This past Tuesday marked the third anniversary of my colon removal. The day that I received my Ostomy. The day that saved my life. I no longer have an Ostomy, but I am forever indebted to my Ostomy for allowing me to enjoy the past three years with my family and friends. It was around then that I saw a few fellow advocates posting a picture of a woman from a CDC commercial talking about living with the terrible challenges of getting cancer caused by smoking. In the commercial, the woman talks about the fact that because she got colorectal cancer, she had to have an Ostomy. She spoke about how smelly it was and how she never left the house because she was afraid it would spill or burst. And then she said you don’t want an Ostomy, no one wants an Ostomy. 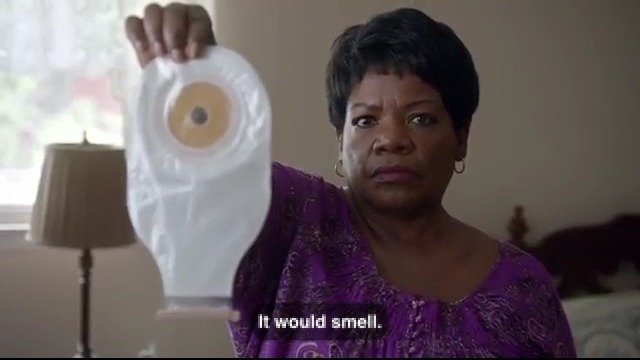 Needless to say I was completely offended by this commercial. Maybe this woman didn’t want to have an Ostomy, and could have avoided it if she didn’t smoke and as a result develop cancer. But for a lot of the adult & pediatric patients living and thriving with an Ostomy, we didn’t open a door for a deadly disease to fly through. Most of us had our lives saved by an Ostomy. What bothered me the most was the lack of thought and compassion for these patients when this was filmed.

When I was first heard about an Ostomy, it was because my 15 year old cousin with Crohn’s would need it to help relieve her of some of her most painful symptoms. And despite what the CDC commercial implied, my cousin wasn’t smelly because of her bag. And she certainly didn’t stay in doors and isolate herself. No, she graduated from Highschool with high honors and high AP scores, enter Smith, graduated with honors and entered Teach For America all before having her Ostomy taken down. I raised a toddler and went on dates with one. Sure, I had a couple of accidents over my brief time with the Ostomy, but the good outweighed the bad. The good? I was alive, I was in less pain and I wasn’t living in the hospital anymore. There are families and pediatric patients right now having to make a decision on getting an Ostomy placed, it would be so unfortunate for a 13 year old to decide to hold off on a life changing surgery because they are afraid they will never be able to leave the house. This stereotype are already some thoughts that go through your mind during this difficult transition, it shouldn’t be “proven” by a patient who is upset about the poor choices she made that led to having an Ostomy. Having Crohn’s & Colitis is not a choice. I didn’t choose to get sick. I didn’t have a choice about receiving my Ostomy. Living as a black single mother with an autoimmune disease that is widely misunderstood, is hard enough to explain. But to have untrue stereotypes added on, only hurts the progression we are making for acceptance and awareness.

Please join me in signing this petition to have this commercial removed.