I’m not sure if you heard the news yet about the passing of Julian Bond. As someone who loved history and who had grandparents, aunts & uncles that were active members of the NAACP, I grew admiring people like Julian Bond, Andrew Young and John Lewis. During my recent frequent trips to D.C., advocating for patient’s rights I have had the privilege of listening to John Lewis speak about the moments on the Pettus Bridge. I also had the absolute honor of meeting and shaking the hand of Andrew Young. But the one moment that has topped meeting Rev./Ambassador Young, President (then senator) Obama, Listening to congressman Lewis speak and chatting with Ruby Dee about social justice and civil rights, happened the night of June 8th.

Jax & I sat down to eat at Art & Soul restaurant in our hotel in D.C. We were mostly done with our meal when an older couple came and sat next to us. I looked up and it was Julian Bond. Julian Bond was sitting next to me and Jax in Washington D.C. the night before I would take my son on a tour of the White House. We were the only black people in the restaurant and one of us had been friends with Martin Luther King. I had stuttered and stammered when I met Andrew Young, so I didn’t even think about approaching Mr. Bond. But Jax apparently had different plans. I look up from my plate because I hear Jax talking. I look up and Jax is talking to Julian Bond. He’s telling him the grilled cheese is good and that he should have that. Then he’s making faces at him. And Julian Bond is making faces right back. Jax is having a moment with civil rights leader, Julian Bond right in front me!! When we got up from our table, Jax said goodbye. Mr. & Mrs. Bond smiled at me and nodded. And then Julian Bond told Jax, “Goodnight son. Be good for your mom.” When we got to the elevator, I asked Jax if he knew who that man was. He said no. I told him he fights for civil rights and knew Dr. King. Jax replied, “That’s pretty cool. He was a nice guy!” LOL!

The magnitude of that moment hits every now and again…more so early this morning when I read that Julian Bond had passed away. 50 + years after The March On Washington For Freedom & Jobs, a child I had given birth to sat in a posh hotel restaurant, a few yards from Capitol Hill, a few miles away from the White House (where a black man is sitting as Commander In Chief) making faces with a legendary civil rights leader. And they could sit in that restaurant, enjoying their meal without a care, because of that man’s fight for my child’s freedom.

Being Jaxon’s mother has made me see the world, people and this country in a whole different way. It’s been an adventure & a privilege to be the mother of this very blessed child. I was hurt to hear of the passing of Julian Bond, but I feel extraordinarily blessed that Jax shared such a sweet moment with a man who didn’t have to know him to make sure he had a better quality of life than he had.

Rest in Peace, Mr. Bond. And thank you. 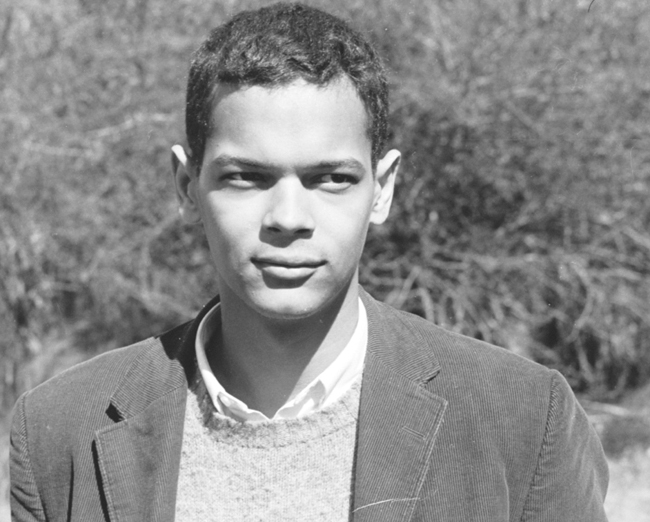