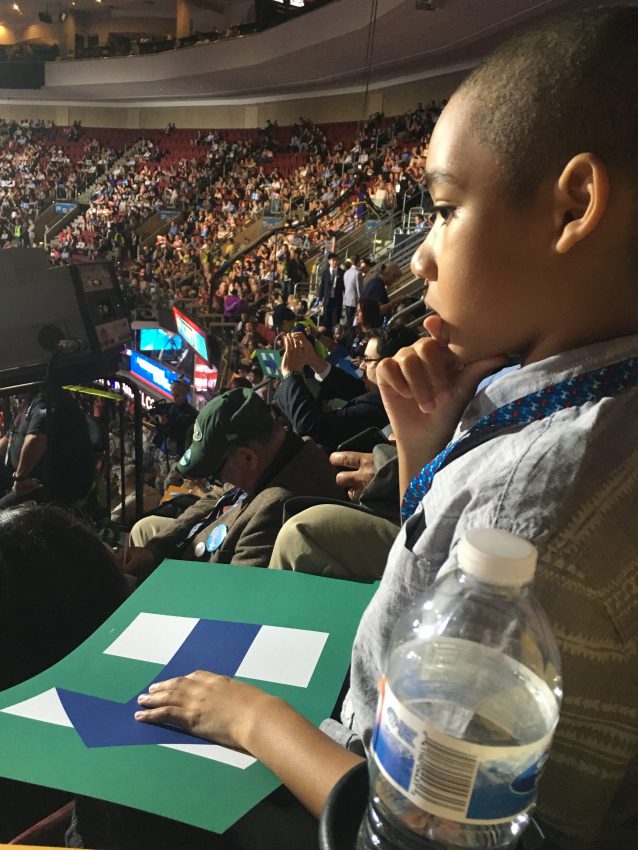 Yesterday was an interesting day. It would seem the pace and jet lag caught up with the two of us. My back and legs began to ache painfully starting early on in the am. Hippo was a lot more lethargic and slower than the day before. To be honest, I was nervous about the day as we made our way to the center. But I popped some ice packs for my ankles, and let him take a nap on the way to the Pennsylvania Convention Center, where we picked up our credentials. Once we got to the Convention Center, Hippo came alive. 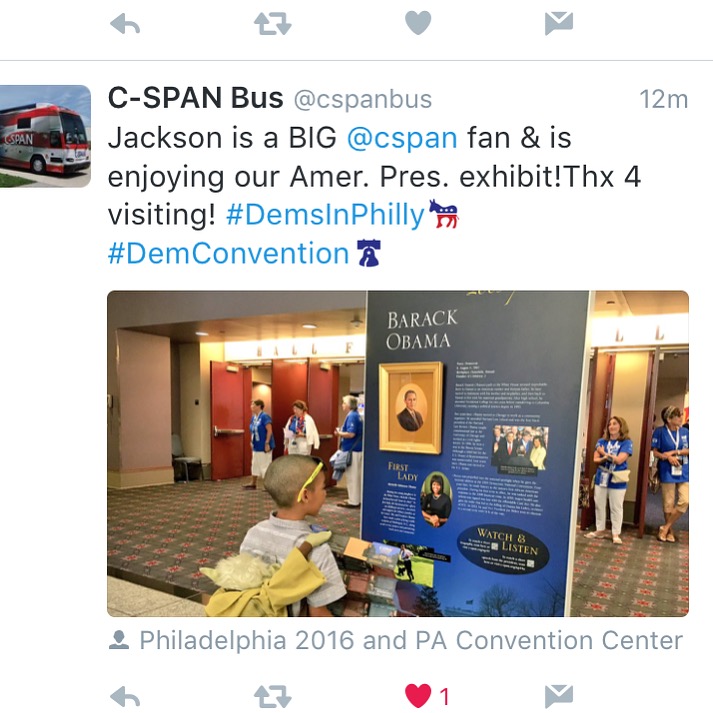 there! Hippo was alive in nerdy heaven. He spoke with the C-Span staff about some of Presidential fun facts he has. Because of this, he was featured on the C-Span Bus twitter page. Insert the first Head Explosion of the day! If you are out here, I would down to Pennsylvania Convention Center, which is where it was yesterday. They have some great interactive programs and exhibits having to do with elections. To be honest, we have not been able to do all of the outside stuff because the days at the actual convention are a bit long for both of us and he doesn’t want to miss any of the outside stuff. Perhaps when he is older, we will be able to do more around an event like this.

I let Hippo pick our seats yesterday and I should have known that this little dude would find the closest seat to the CNN booth, as possible! He is so serious about finding and meeting Wolf Blitzer! Although when he meets him, I don’t even know if he will be able to speak! LOL! He ran into some secret service agents and turned into a grinning puddle of goo when they said, Hi! Thankfully, one of them recognized that my son just couldn’t get his words out properly so he came over to Hippo. He gave Hippo a badge and deputized him. While deputizing him he told them as long as he wears the badge, he has to face his fears head on and be a good citizen! 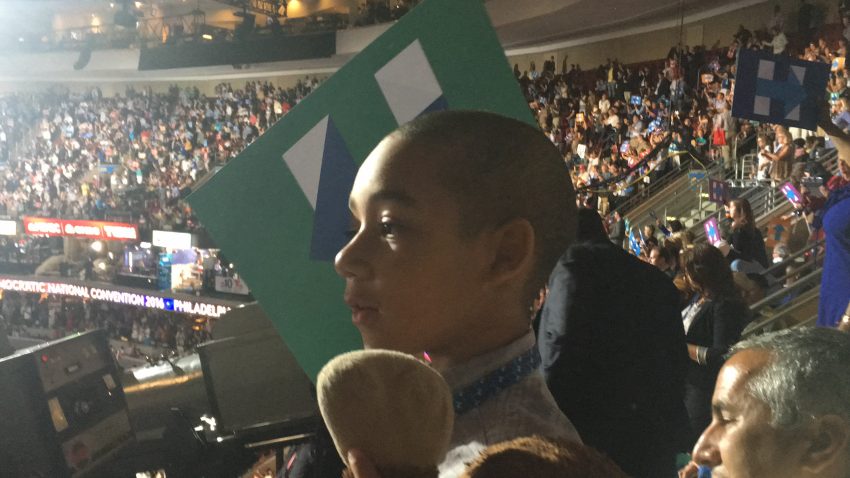 I realized half way through the day, just how much my civics lesson goal was working when Jaxon asked, if a Republican with a suspended Presidential campaign could become a cabinet member of a Democratic President. He was engaged in what was happening and excited about what was to come. I also realized how everyday that we are here, the more of an American experience he gets. He was completely engaged with the people around us. And we are surrounded by different people from all walks of life. Even though more of these people are democrats, it’s still a great taste of America. Old, young. Rich, Poor. etc, etc. In a single, ordinary day, he would never come across such a great variety of people.

But the moment that was everything in the world for me, came after President Clinton spoke. Not to take away from his excitement over #42, but the moment the glass effect broke to reveal Secretary Clinton took my son into an emotional tailspin. He began laugh and cheering with excitement, and then was suddenly overcome with raw emotion. He broke down in tears. The magnitude of the event, the magic in the room and the idea of victory for someone he supports got to my little Hippo. He turned to the person next to him, who asked if he was okay. Hippo turned to him and said, “This is the best day of my life!” 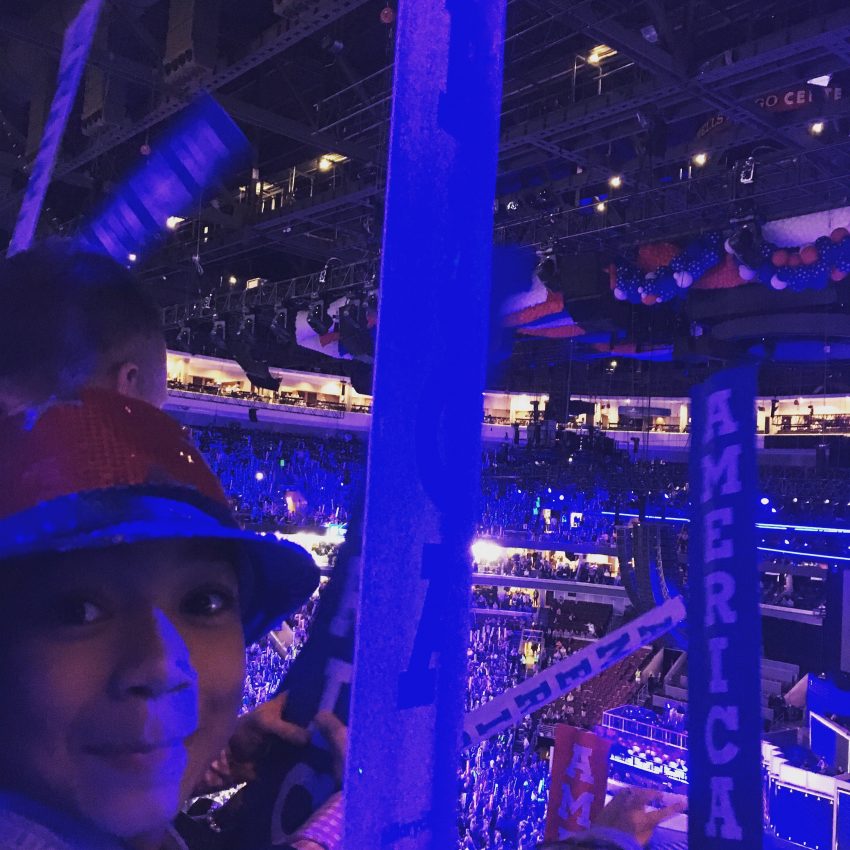 We had moments of crankiness and being exhaustion throughout the day. But at that moment, I knew I had mad the best decision to come to this convention.