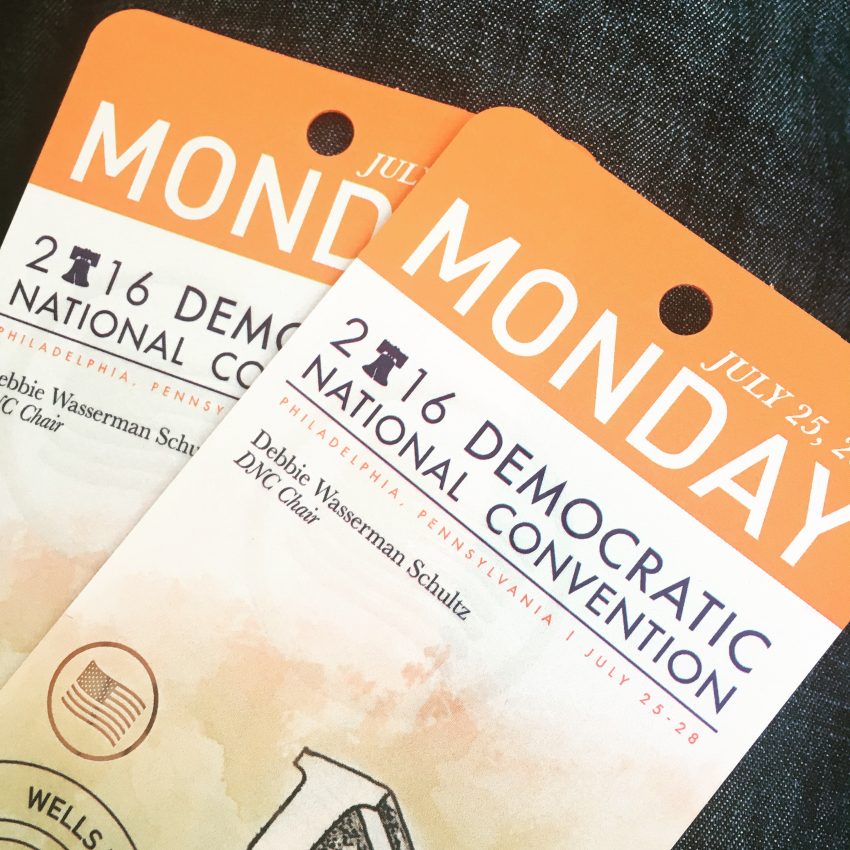 Day 2 in Philadelphia was the actual convention. For the first day we pretty much rested at our hotel. Which was great because they have a great restaurant and outdoor patio area. Plus, apparently this place is filled to the brim with Pokemon. So, if you’re traveling with the kids to Philadelphia, want something out of the city, relaxing, great continental breakfast, outdoor eating and need to the fill the need to catch them all for an affordable price…Try the Normandy Farms Hotel & Conference Center in Blue Bell, Pennsylvania. When I weighed the options of relaxing or fighting the heat downtown, we opted to stay here. But on our second day in Pennsylvania, it was time to get down to business. 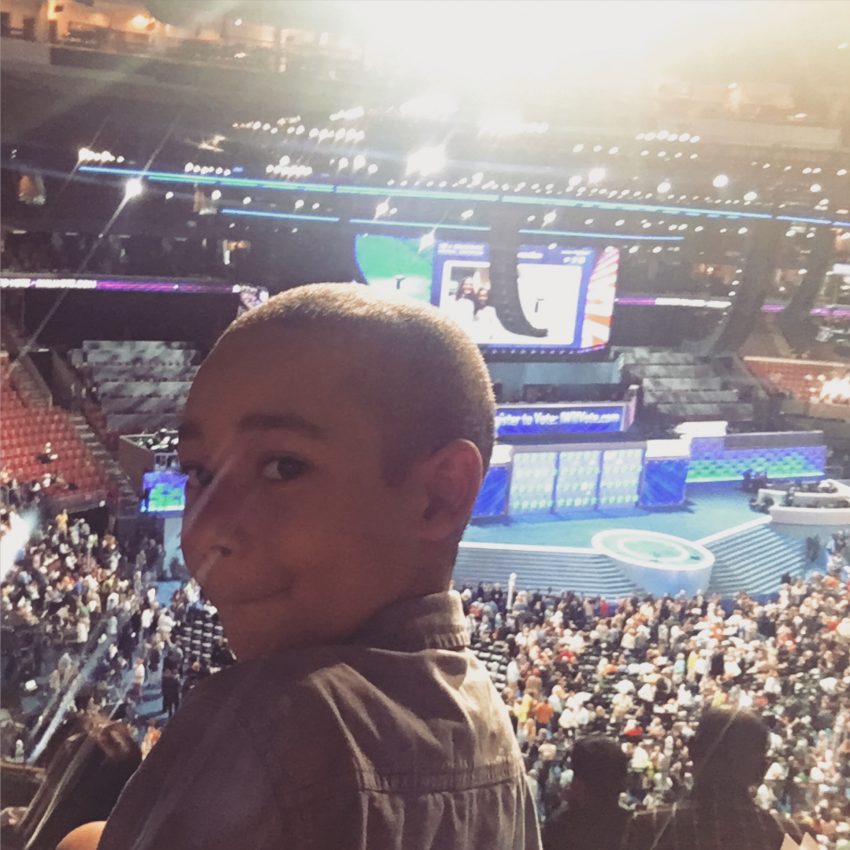 It was our second day, but it was the first day of the Democratic National Convention. And what a first day it was. The first thing he did, was spot out the CNN booths! LOL! What a nerd! He’s definitely on the hunt for Wolf! Hippo waited all day to find out who was speaking, he wanted to be surprised. But once we got in, he couldn’t take it anymore. 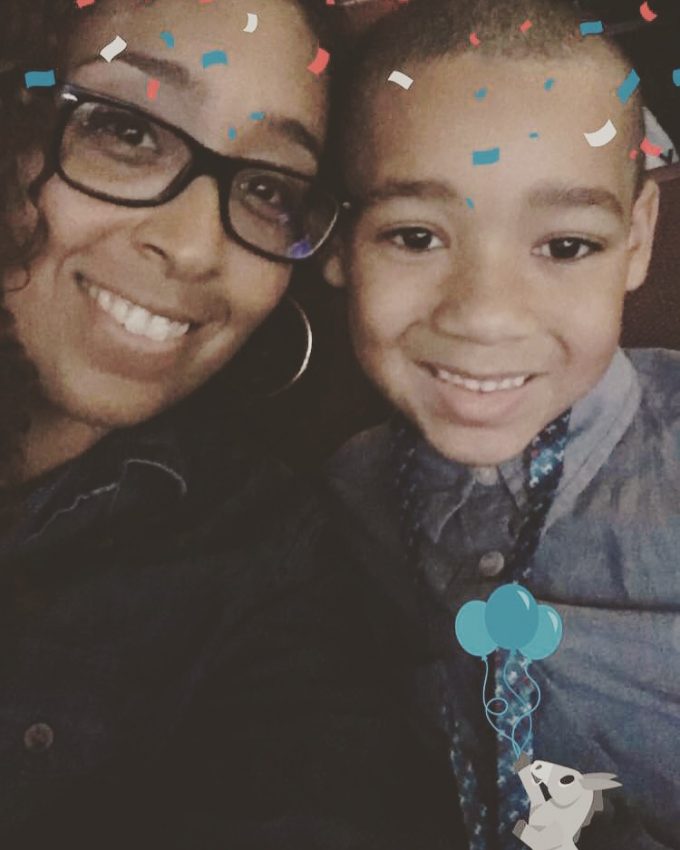 When I announced that some of his favorites, Senator Cory Booker of New Jersey & Senator Elizabeth Warren of Massachusetts were both speaking, he couldn’t contain himself. Then he found out his future Mother-In-Law, Michelle Obama, was also speaking, the tears filled his eyes. Why future Mother In Law? Y’all didn’t know Hippo is in love with Malia Obama? Yea, it was always kind of, “both Obama girls are pretty”. Until…Malia decided to attend Harvard University! And we all know about Hippo’s love for Harvard University! LOL! So, yea, there is a plan in motion on his part to one day be Mr. Malia Obama! LOL! He loves a strong, independent, brilliant, woman. Hmmm…wonder why?! HA! Just kidding! But seriously, Hippo loves the Obamas! LOVES them! So, for him to be able to see three people, back to back that he admires, googles and watches on Cspan…Oh my goodness just typing that felt nerdish! LOL! Sorry…yes, all of that, that was just an amazing experience for my little Hippo. 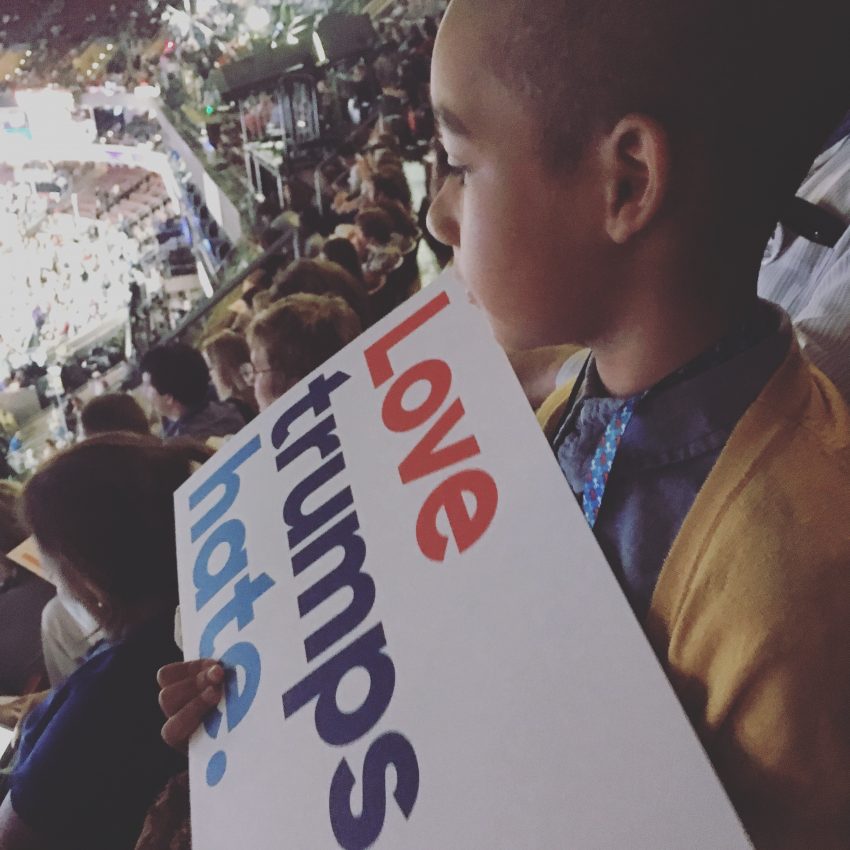 We got there before the gavel came down, so he saw the opening and all the orders of business. We talked about Caucuses & Committees. He asked a lot of questions as the convention moved forward, which was perfect. This situation was basically a moving government lesson. We googled some things that I was unsure of and quizzed each other. We made friends with guests, volunteers & staff around us from different states. The sense of community was very high as people talked about their different experiences in America. I think Hippo got a great sense & understanding that our country is more diverse that just different races. 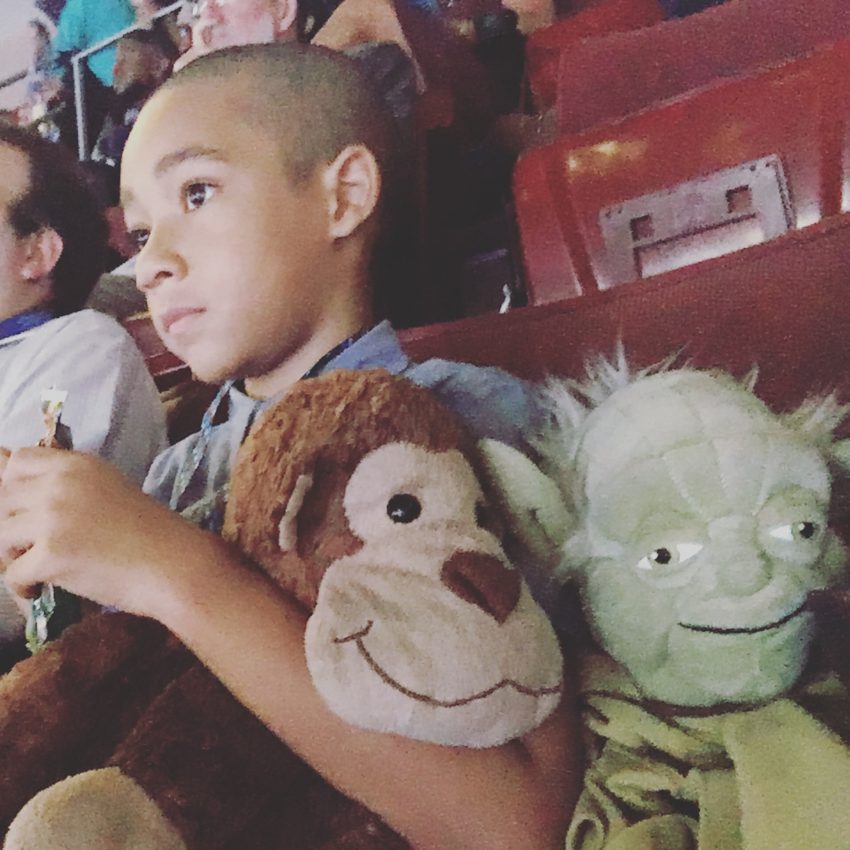 There was subcultures within our American cultures. Being able to sit back and watch him really listen and engage with his fellow Americans, was one of the best experiences I’ve had as a mother. Watching the First Lady speak live with my first born, was also one of the best moments of being Hippo’s mother. There just isn’t anything like growing up, always knowing that as a woman…a black woman…I would probably never see anyone who looked like me in the White House, because we just never voted those people into office. And now, I am an adult…a parent, of a child who will only know that NO MATTER what you look like, who you are, where you come from, if you work hard and want it, YES YOU CAN achieve it. I’m taking the politics out of it, and just looking at the facts. Being a young black kid watching the First Lady who looks like your mom tell you that you can make a difference resonates in a different way. The reliability is there. 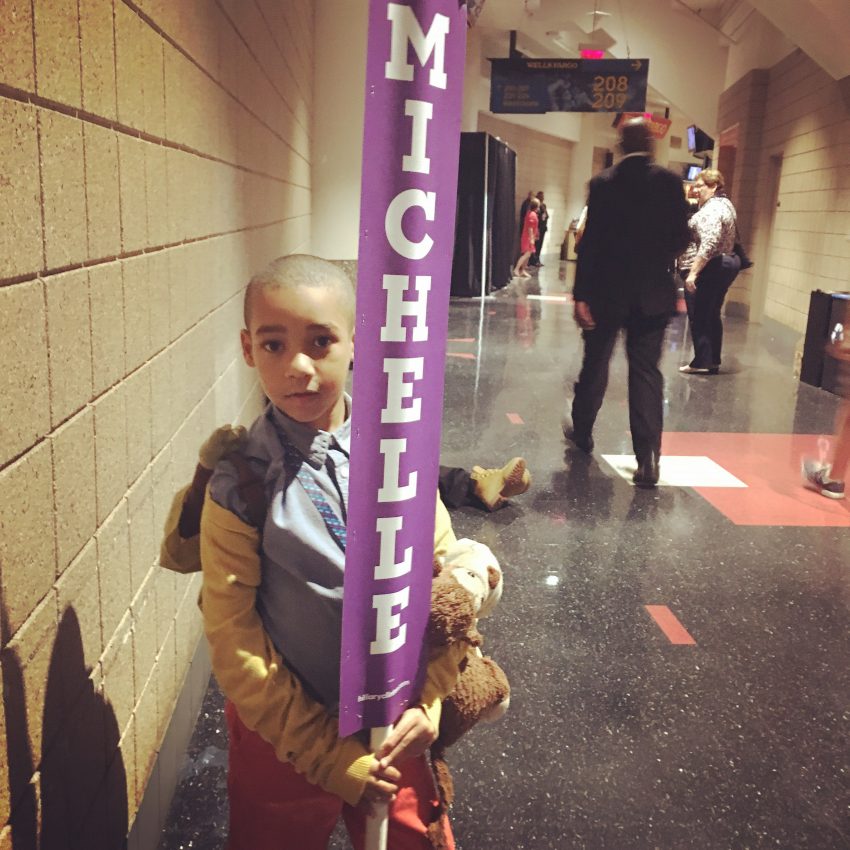 *Everyday of the convention, Hippo and I will be live from Philly on FACEBOOK. There will also be all kinds of videos & photos on our social media feeds! Follow them at the top of the blog!