Mr. Hippo Goes To The DNC

Some of you know, that Hippo is the most political little Hippo around. Yes, he is bipartisan. But Mommy only had a connection to the DNC, so that’s where we are going. On top of the fact that it’s been a little hard to allow him to watch the Republican debates & conventions because of some of the gross language used by the Trump campaign. This is not any kind of political bashing, but personally, I don’t want my son to hear arguments over who has the better anatomy when he should be learning about the political process. With all of that being said, I am taking Hippo to the DNC. I think this is such a great opportunity for him to learn up close and personal, what happens at a convention. How the nominee is picked, see some speeches by prominent leaders and guests of that particular party and witness a roll call.

I was pregnant when President Obama was inaugurated, so Hippo missed that historical moment in American history. But next week he will be front and center for another great historical moment. Follow us next week. I will be blogging & going live on social media with Hippo as we explore the birthplace of democracy and enjoy the political process. 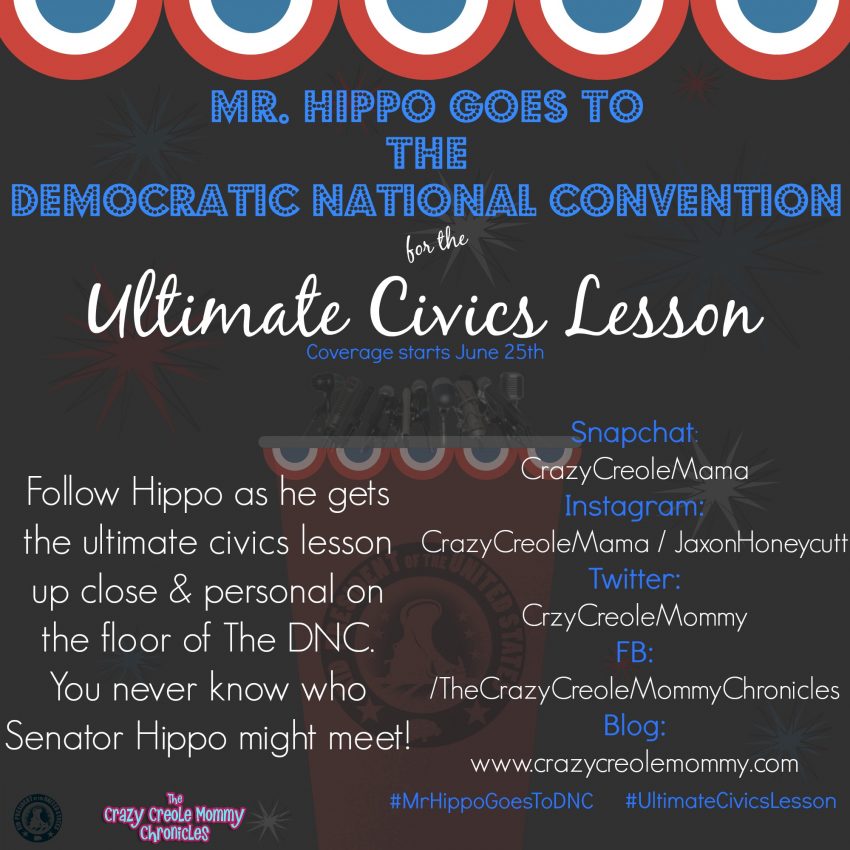