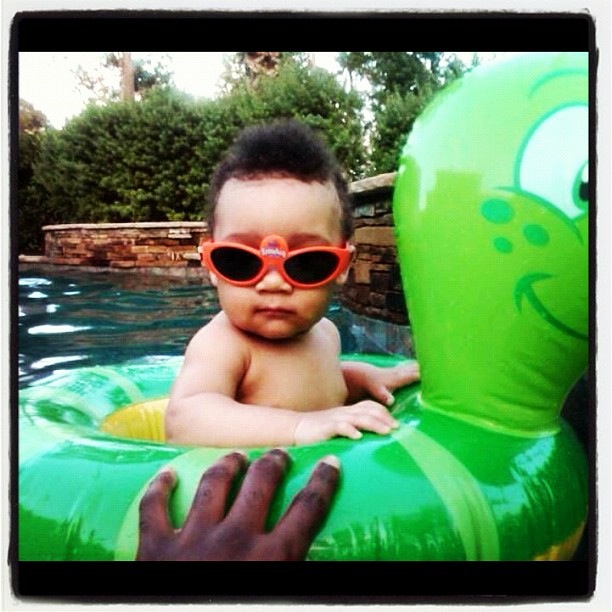 Hippo has always had a weird relationship with water. He loves swimming and being in the pool. He loves taking a bath. But he HATES taking a shower, and he doesn’t like putting his face in the water. When I say hates, I mean Hippo will turn into an alligator and fight me tooth and nail. This is how it’s been since he was an infant. We would shower with him as an infant, and it was all good until, he got water in his face or it was time to wash his hair. As he got older, it just got harder. Sometimes I need a wet suit just to get him clean. And on those days when I’m flaring up, that just doesn’t work! And if you said, “pool”, he would quickly get his trunks on and cling to you the entire time. Which would be fine, if I never had to quickly jump out of the pool with a bathroom emergency. Or try and carry him around the pool the entire time because even in the water, Hippo is quite… Hippolicious. And not just heavy, that boy has spaghetti legs and monster feet. It’s like being wrapped up by a 50lbs octopus with dinosaur feet. 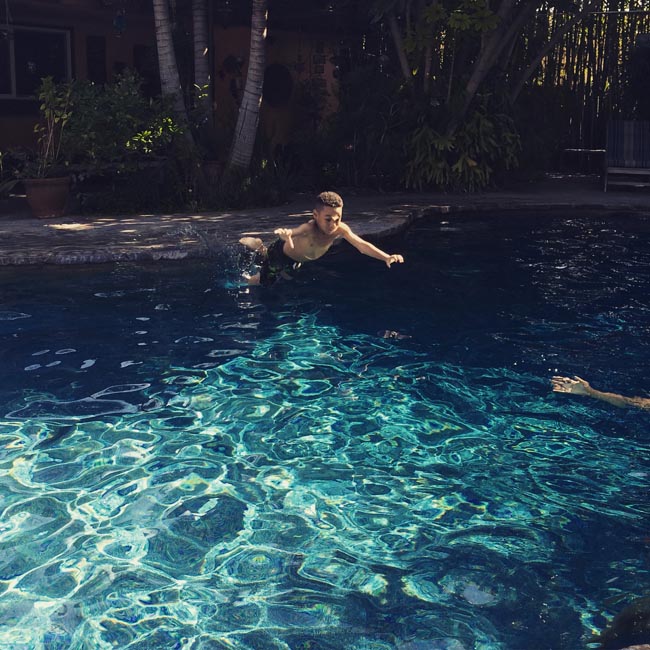 I decided that this summer, was the summer. I was taking Hippo’s water dilemma into my own hands and called up the Water Baby Whisperer, Conrad Cooper of Swim To Me. I met Conrad & his wife, Londa about 14 years ago when I was babysitting for two different families (friends of my mother). During the spring and summer, all of the kids would gather for play dates and then have swimming lessons with Conrad. There were a wide variety of situations. Some were scared of getting in the water, some knew how to swim somewhat, one had autism, one was clinging to her mommy. The lessons were only an hour or so long, for five days, and at the end of the week all of them were jumping into Conrad’s arms as soon as he showed up. And they were all swimming across the pool with ease. I was amazed. The more lessons they had that summer, they better they became. For about three years, summers with Conrad became my life. So, when it came down to get Hippo in the water, I knew exactly who I needed to call.

Hippo’s first session was amazing! He started off nervous, not wanting to open his eyes underwater, scared to jump in. By the second class, Hippo was asking for a shower and didn’t fight me on the rinsing of his hair. By the third class he was swimming. Like actually, using his arms and feet in a swimming motion to get himself across the pool. By the fourth class, He was jumping in the deep end and meeting Conrad at the other end of the pool. He was fearless, yet respectful of the water and his surroundings.

What I love about Swim To Me, is the classes are not too big. The environment is warm and safe, as it’s in the Cooper’s backyard, in their salt water pool. Conrad is very warm and reminds me so much of my uncle. He engages the children and plays with them, but he makes sure they respect the water and one another. I have heard

some parents aren’t thrilled with how he pushes the kids to do more out of their comfort zone. But I love that! My son can be fearless for the most part, but that makes him a bit stubborn. And when something scares him, he will just shut down. Conrad got in there and broke down his fears, but did it in a way that Jax concurred it on his own. He gives the kids a sense of independence that is so important in their confidence. It may not be for everyone, but it definitely worked for us and the kids I use to babysit. What I love the most is that after a week, Jax was comfortable enough to not have to take another week long session. Which means I didn’t have to drive for the entire summer. I was also able to park near by, sit comfortably and relax while Hippo swam. It was a great hour for my IBD & AS. And if you are just too sick to get your child to a lesson, get some friends together and book a private lesson. He will come to you and teach your kids in your backyard. Perfect for mommies & daddies with disabilities.

If you are looking for a swim lessons in Los Angeles, please check out Swim to Me. Tell Conrad & Londa, The Crazy Creole Mommy & Hippo sent ya! 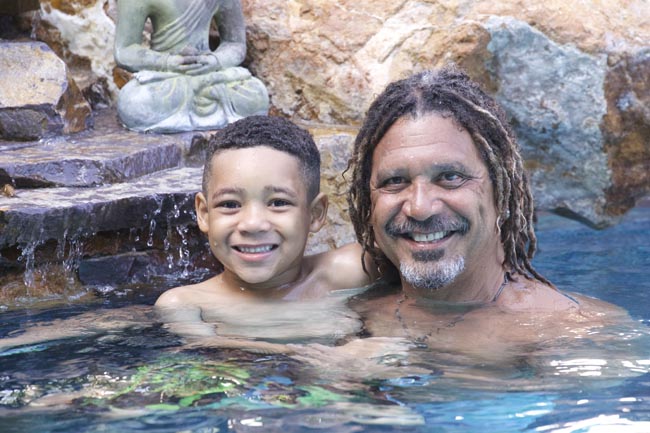 « He Came…He Saw…He Hiccuped!» Finding the Light on my Darkest of Days…