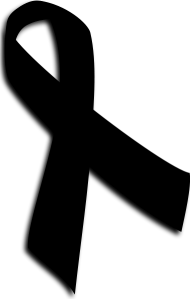 As most of you know, this morning a 24 year old man whose mother worked as a teacher at Sandy Hook Elementary, walked into said school and opened fire. He killed 30 people. 30! 18 of them are children between the ages of 5-10 years old. 18 children died this morning because a person walked in to what is supposed to be a safe place for them to be and decided to shoot up their classrooms & hallways.

I’m really not sure what to say. As a mother I am stricken with fear and grief. As a human I am stricken with disgust and anger. As a voter I am moved to press the gun control issue again. I just don’t get it. I don’t understand why it’s so hard to adopt a damn dog, but any idiot can get a license for a handgun or assault rifle. I am sitting here as type, I am watching our President speak about this tragedy. And he is in tears. He looks as confused and angry as I am. Children died for no reason! NON! These kids had birthdays and playdates and Christmas to look forward to! At 3:30 I will walk to the gate of my son’s school and he will run into my arms. I will be able to hug him and kiss him and talk about his day with him. There is a mother or a father in Connecticut today that will not be able to do that. It just doesn’t seem to be fair. Why did this boy have a gun? I mean we are speculating about his motives, but the fact of the matter is he had a weapon. He shouldn’t have had a weapon. Clearly he had some issues. I don’t know, I don’t get it. My words are tangled in raw emotion here. I can’t get over being angry and confused and scared. It just doesn’t make any sense!

We wait until these horrific tragedies to try to come up with solutions, but nothing comes of it! Nothing! Over the past 10 years we have seen WAY too many tragedies where kids have been shot at, killed, on lock down, etc all at school! The one place they should be safe is school! But somehow guns keep getting the hands of mad men and tragedies occur. And it’s not like they are getting them on the street. These people are buying them legally without question. And yes we have the 2nd amendment and we are a country of freedoms. But don’t we parents who also pay taxes and work hard to give our children an education, have the rights and freedoms to having a safe place for our children to learn? The right to bare arms was written when we were a new unified nation in the midst of war for freedom! People had to take up arms to protect themselves from tyranny and injustice. Now? Now what do we need handguns and assault rifles in the homes? What are protecting ourselves from? People say from those with guns. Well, I can say to you that there are more offensive gun killings than defensive gun killings in this nation. Kids finding their parent’s guns thinking that shooting someone will solve an issue or dispute, not understanding that guns KILL! Teens taking up arms because they live in fear of being bullied! The mentally ill purchasing guns and ammunition killing innocent people and children in schools, malls and movie theaters. It’s just not okay! It’s not fair! It’s not right!

So two things we need in this country: BETTER HEALTHCARE FOR THE MENTALLY UNSTABLE & GUN CONTROL! We need more than basic background checks and small payments. Tests should be done, medical background checks, personal references. I don’t know! I don’t know exactly what needs to be done to have better gun control, but it’s time to start protecting our children and citizens! It’s time to stop politicking and start governing! This isn’t about stripping away freedoms! This is about protecting Americans and the next generation! It’s time to start being a community to one another and taking care of another like people did years ago! Begin talking to your neighbors, teachers, students, family members and friends. Make friends and be friendly with the people in your community. Know who is around you and your children. Contact your US Representative to start lobbying about a better gun control situation! It’s time to act! What happened in Connecticut today happened to all of us! We need to be the change! Wake Up! Stand Up For Our Kid’s Rights To Live!