I have always been a sensitive person. Empathetic. Emotional. As a young person, a bit over dramatic. Emotions rule the gut. So, naturally having an autoimmune disease centered in the gut, has not been fun.

When I was younger, my uncle, my great grandmother and my great aunt all died within three years of one another. Trying to navigate grief through AP tests, teenage hormones, college prep and body changes was not easy. But I didn’t have UC. So, although sadness laid on me like a heavy sack of bricks, I still found a way through. And I grieved, and then let go. The burden of sadness lifted and hit occasionally. But not in colossal waves of despair, feeling like the ripping of skin. Basically, being sad never landed me in the hospital.

Enter UC. Sadness was never the same. When my son’s father left, my grief over the dissolution of that family was like being physically ripped apart while having to watch episodes of, Barney on repeat. But then that manifested into physical pain. Not the fatigue you feel from sadness, the kind you spring back from with a kick of endorphins. No, this was much worse. My insides burned from the inside out. Nothing stay down or in. My joints ached and creaked. My hair came out when I scratched my scalp, which felt like my scalp was on fire. My eyes felt like they had mounds of sand in them and were bloodshot. Teeth breaking and turning gray. I barely had the strength to pick up my toddler. Polyps appeared in my colon, two at a time. My grief manifested into a flare up. My grief nearly killed me, literally.

We had been talking a few days before. I ask her if she would be able to fight crime now with her bionic hip. She told me to hush up. I chastised her about being a good patient. She told me she was nicer than me and therefore a better patient than me. “Mary Abbott Ward Abbott!”, I teased. Her laugh was soft. She never said, goodbye. And now she was gone. Voice silenced forever. It felt like an anvil had fallen on my chest. My knee jerk reaction was to call her house. The phone only rang and rang. Her voice was gone, yet I couldn’t breathe. But I had to breathe and I had to get control. Hippo would be waking up in an hour and a half, and it was time to get him off to school. My grandmother’s body had to be taken care of, and she left me in charge of that…from 3,000 miles away. My my maternal grandmother’s birthday was in 4 days, Easter was coming up, I had a work trip in a week and my mother’s good friend had also just passed away. But all I could think was, “Don’t Get Sick! You Can’t Afford To Get Sick!”. So, I decided right then, that I couldn’t begin to unpack the feelings I had about my grandmother’s death. Unfortunately, I haven’t been able to afford to get sick at all in the year and a half since, so the feels I have about losing my grandmother are still packed away on a shelf.

What is there to deal with? Most people assume because I am not in the same city as her, and had not seen her in about 10 years, meant that I wasn’t close to her. Or that I didn’t know her. That just wasn’t true. I spoke to my grandmother just about every week. Sometimes for a few minutes, sometimes for three hours. She would chit chat with Hippo. We didn’t talk about much and everything, all at the same time. Once we did Ancestry.com together, on the phone, researching both her side and my grandfather’s side. After my uncle Jeffrey died and she realized just how distant my father was, she and I made a greater effort to remain close. Hers was a relationship I treasured for it’s unconventional, beautifully crafted nature. She was the complete opposite of me. She always called me, “Wardel’s grandchild.” But secretly I knew I was her baby. She would talk to me about my dad that allowed me to reach him in ways, I never could growing up. All of that was lost in an instant. I hadn’t been able to hug her in 10 years. And now, my son would never get the chance. The devastation has been real. But I’m scared to grieve. I’m scared to get sick. So, what do I do? I can’t go on like this forever.

I take it one day at a time. I take it slow. If the tears come, they come. I hadn’t looked at a picture of my grandmother in months, before I saw one my aunt posted the other day. I’ve been trying to bring her up to, Hippo. I find sometimes I get emotional, sometimes I can laugh. I don’t think it’s ridiculous or passive. This is a very real thing. Grief is a trigger for me & my disease. It’s something that I recognize, but there isn’t an exact science to it. All I know is, I’m not the only one. I know that it is very real. I also know, that it is okay. There isn’t a time table on grieving. There aren’t rules & regulations on love and loss. I miss my grandmother. My disease won’t allow me to grieve the loss of this woman properly. I am not a terrible person for being the last one to reconcile the loss. My disease is not my fault. I don’t have to feel guilty for taking it slow to maintain good health. And some days, knowing that, is enough. 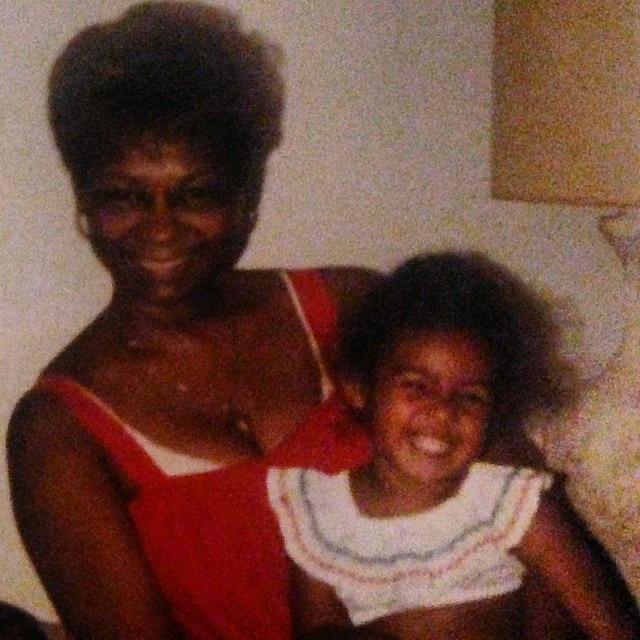