Four years ago, I sat in the room with Hippo. He was coloring at his little desk, facing me with his back to the television. I was watching CNN’s Situation Room w/ Wolf Blitzer. I looked up at the time and realized that one of Hippo’s favorite shows was about to come on PBS Kids, so I turned the station. Without missing a beat, Hippo said, “No mommy. Wolfie! I watching Wolfie.” I asked him if he wanted to watch Wolf Blitzer or Word World. He responded with, Wolf. So I changed it back. That was the very first time I recognized Hippo’s love for Wolf. 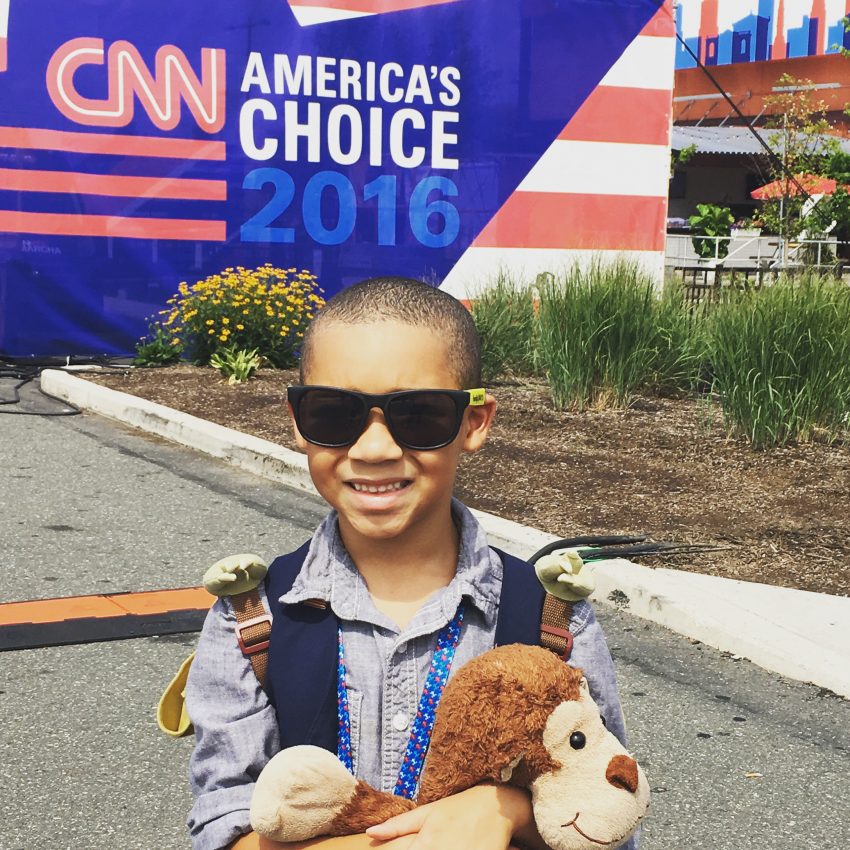 I know I’ve talked about it before. Hippo’s love for Wolf. He believes Wolf Blitzer is the best guy in journalism. It didn’t happen if Wolf didn’t report on it. To quote Hippo, when asked why he loves watching Wolf Blitzer so much, he said, “Wolf understands that people need the truth and all of the information. He doesn’t talk about what he thinks it is. He talks about what it actually is.” Hippo trusts Wolf Blitzer. In fact, Hippo didn’t believe Abraham Lincoln was dead for a long time…simply because, “Wolf, didn’t told me that!” Hippo has stated that Wolf is cool. He knows how to grow a beard properly…which I didn’t even know there is a wrong way to do it. And Wolf cares about people. Hippo got all that from watching Wolf gives us the news on a daily basis. Hippo loved Wolf so much as a toddler that the best part of his week, was passing the CNN building on Sunset in Hollywood. Last year, while in Washington D.C., we visited the White House. When we got back to the hotel, Wolf, was on. Hippo began crying and laughing. “Mom, I just visited the White House. And now I’m in my hotel room in D.C. watching Wolf Blitzer! This is the best day ever!” He mentioned later that the only thing that would have made his trip the best, was being able to meet, Wolf Blitzer live in person. Well, sometimes dreams find a way of eventually coming true.

Philadelphia, day 3 of the DNC. Hippo had spent the entire time, hunting down Wolf. He thought he saw sightings of Wolf Blitzer everywhere. But alas, most of the time they were only, Anderson Cooper. And then Wednesday afternoon I received a call from my mom’s friend, Nischelle Turner. She’s a journalist who once worked at CNN and knew Wolf. She is also one of Jaxon’s favorite people. She was covering the DNC for Entertainment Tonight and knew of Hippo’s obsession. So she calls me and asks me if I’m available at 11:30am the next morning. I say sure and ask what for. And then Nischelle gives me a piece of information that forever changed Hippo’s life. “I can get Hippo in to meet, Wolf.” The idea of the amount of excitement I knew Hippo would feel, brought tears to my eyes. There is nothing in the world like seeing your children happy. Nothing! It can literally change your whole world.  My world was about to be turned upside down.

I swear the heavens opened up and God smiled down on us that day. Everyone worked our our strategy for credentials, no one gave away the surprise to Hippo, we got through security in more than enough time. Hippo was about to meet the man. The 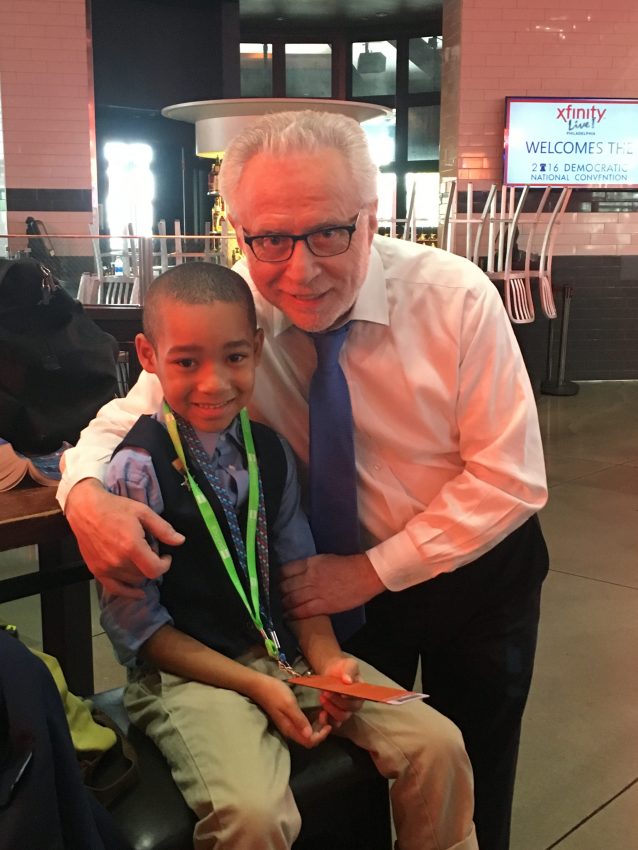 legend. The Wolf. So, before we got to the Wells Fargo Center I asked him if he wanted to go back to the CNN grill and hang out. 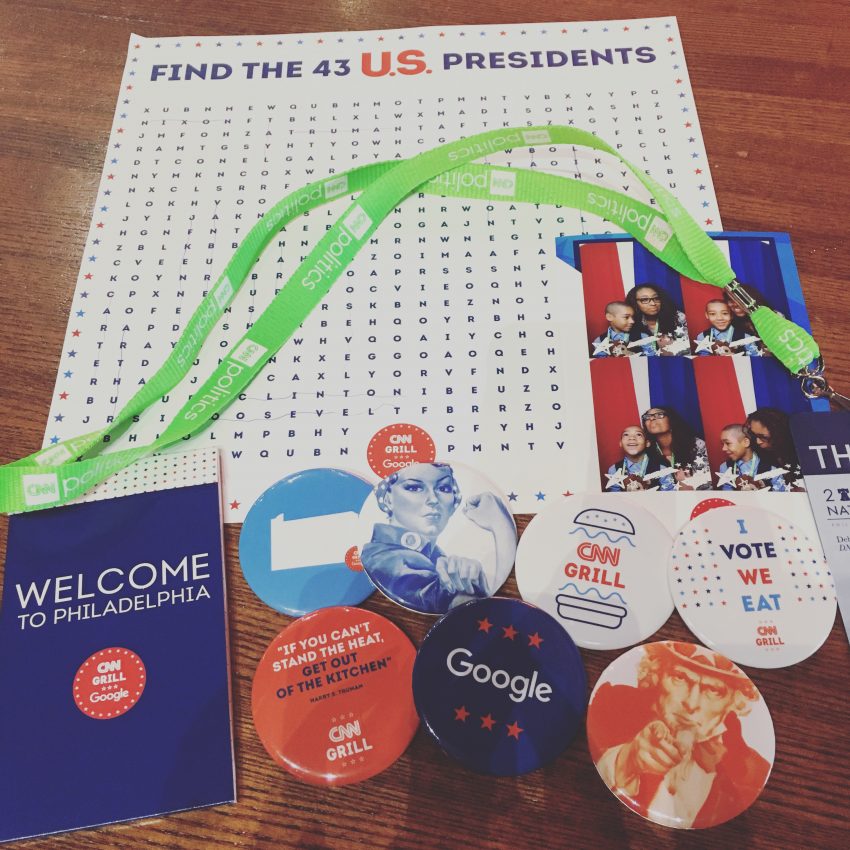 To maybe see if maybe we saw Wolf. Hippo was game. I told him that I was calling to make a reservation. When we got to the UBER Lounge, a PA was there with our credentials. Hippo was confused and impressed that CNN sent a golf cart to pick us up. When we walked into the Grill, I thought his eyes were gonna pop out of his head. The CNN logo was everywhere! Dana Bash, Brooke Baldwin, Jake Tapper walked past him and smiled and he was floating. As we stood talking to; unbeknownst to Hippo, Wolf’s producer, a man came up behind Hippo, placed hands on his shoulders and said, “Are you Jaxon?”. Hippo turned…the world stopped. Hippo was looking up into the eyes of, Wolf Blitzer.

I dont’ think speechless is the correct emotion or term to use. I don’t think Hippo was breathing. He looked shocked. He was shaking a little and staring! Wolf smiled down at him and said, “Hi, I’m Wolf” and all Hippo did was breathe a, “yeah…” HAHAHAHAHAHAHA!!! Hippo couldn’t speak. I was silently urging him, “say something, son. Speak!” But all he could do was smile and nod! And then finally he turned to face me and it hit him like a slap in the face. His head whipped around and looked back and Wolf and said, “Hi, Wolf Blitzer!” It was like the dam burst and he was back with us! He took a picture with us and then leaned down and said to Hippo, “Hey Jax. You’re in the, Situation Room!” That was it! Hippo’s eyes widen and I could see the tears forming. I heard the, “Oh my gosh!” under his breath and I knew… THIS WAS THE BEST DAY EEEEEEVVVEEEER!!!! 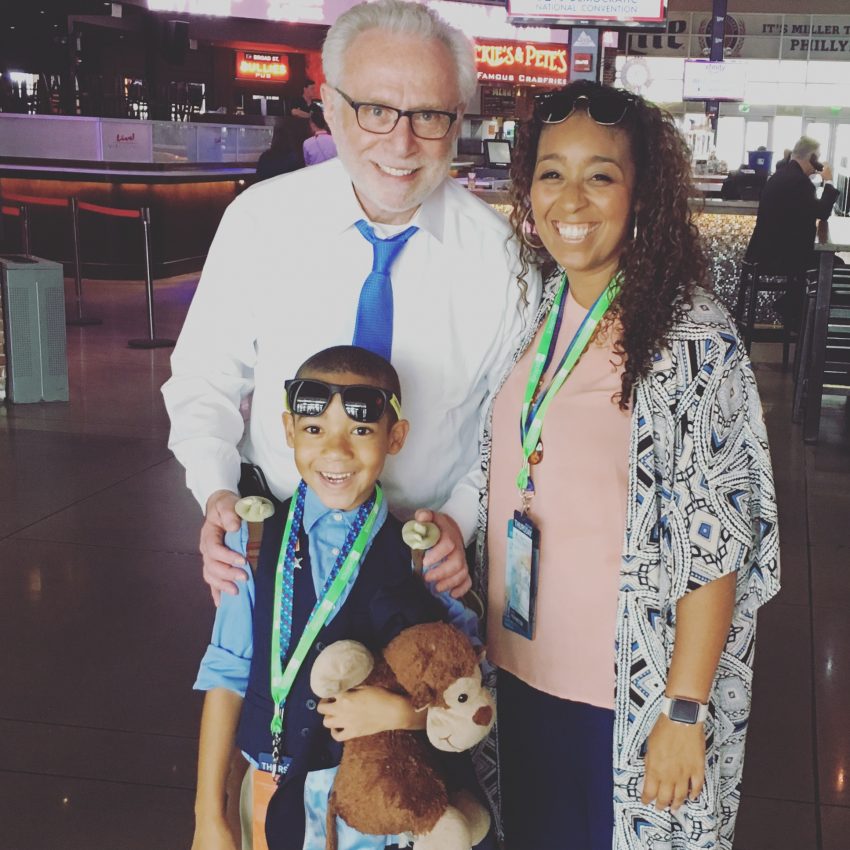 Wolf was gracious enough to let us come watch a live taping of the show, Wolf. But before that, Hippo chatted with Wolf and they played thumb war. But my tears came when right before the show, Wolf hugged Hippo and said, “I love you, Jax.” And Hippo leapt into his arms and held on tight. Every single pain that I had been feeling from that trip was gone. There was nothing but joy watching my son hug his hero.

Don’t get me wrong, Hippo and I have an amazing life. We are surrounded by love and have had some of the most amazing experiences that most people would dream of. But being a child in a single parent household, with said parent dealing with two debilitating diseases is no day at the beach. The fear and the anxiety that come with knowing your mom is in the hospital. Or your mom is too sick to do things that other mommies can do, is hard to live with as a 6 year old. Tack on being very smart. Being one of very few kids of color in your school setting. It can be a lot on my little Hippo. This was like a different version of, Make A Wish. My son is not the patient, but he has indeed been affected by the weight of living with IBD. He lives with restrictions through me. This was his moment to forget every little thing we deal with on a daily basis that has to do with my disease and challenges. For one moment, Hippo was just a 6 year old kid, playing thumb war with his hero, Wolf Blitzer. For one moment, it was only about, Hippo being Hippo. 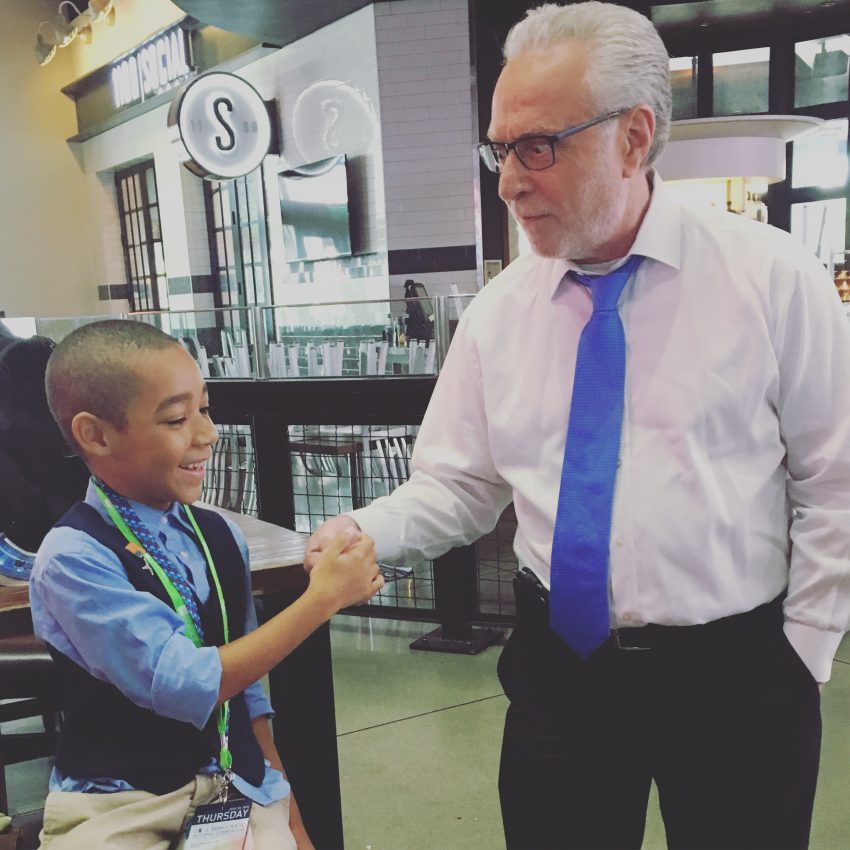