Coach. That is my new name. Coach. Can you believe it? The girl who only got to pick up a ball when her older brothers let her play, now goes by the name, Coach. The only NFL I’ve ever been apart of is the, National Forensics League! Don’t laugh, I actually did very well in Speech & Debate. But rehearsing in front of walls and carrying tubs of policy evidence doesn’t prepare one for the physical & emotional taxation of field sports. But this is America! If Donald Trump can run for President, I can certainly lead 10 five year olds to soccer prodigiousness. Okay, maybe, that’s reaching a bit…they are non-competitive at this point. Which is precisely why I decided to begin my coaching career now, when my inexperience with the sport won’t impede on victory.

But the two main reason I’ve decided to take this adventure on, are the two main reasons I probably shouldn’t take this adventure on. I’m a single mother with an autoimmune disease. I’m not looking for applause or empathy, but the those are the facts. And with those facts come realities. My son doesn’t have a father to coach his team. His father lives out of state. For the past couple of years that Jax has been playing team sports, I have watched him watch his teammates dads coach, assistant coach, practice and participate in the team’s activities. Especially with little league baseball. It’s like a jungle of testosterone. I am usually in the bleachers with the other moms. But when I am on the bleachers, Jax is the only kid without a parent behind the cage or on the field with him. I try very hard to balance this life between cheerleader and assistant coach. You know, stay in the mom zone. But the “mom zone” doesn’t work when you’re doubling up on roles. What is a mommy to do? Well…? I mean what would you do if you were in my shoes?? You’d say, “Damn the disease & mom zones, Hippo comes first!” And here we are. Coach Brooke.

Am I scared? Hell yea! I watch soccer. Have a best friend who played soccer our whole lives. Have a cousin who plays soccer. I like soccer. But ask me if I can kick a ball! LOL! Well, the great thing is, they paired me with a bad ass mom as an assistant coach who played soccer and loves soccer. So I don’t feel like I’m leading the children over the bridge into soccer losing doom. Am I worried about illness taking over? Well, that’s just everyday life, isn’t it?! Everyday I wake up wondering if I can complete all the tasks before me without complications. Coaching is just one more thing. But when I was diagnosed, I decided I wasn’t going to let it take over my life. And when I had Hippo, I promised him that I wouldn’t allow the disease to prevent me from being the mom I can be. That doesn’t mean that I don’t understand that my diseases can stall my plans, slow me down, make a few changes…but it will never completely take over. Coaching, defying the odds, is just another way I am fighting back against IBD and Arthritis. It’s another way I am fighting for my right to be a mother, and Hippo’s right to have a mother.

So, let me introduce myself. My name is Coach Brooke and I am the coach for Purple Dragons soccer team! Welcome to the Journal of Coach Mommy! 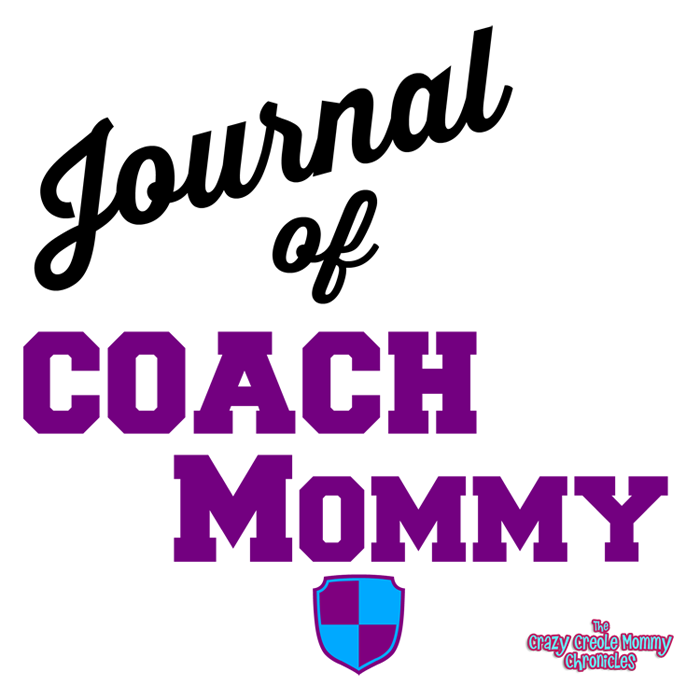