The Close of the First Week

So, it’s the end of the first full week of coaching. Well , really two weeks I suppose because our team meeting was last week. But the most important thing is the kids and I made it through unscathed and victorious! I might have bathed in Topricin last night, but that is beside the point! LOL!

Let’s start from the beginning.

I had heard about team meetings before the season begins so parents and coaches can meet. Players and coaches can meet. Players can meet one another, etc. etc. etc. I didn’t think it was all that important until I was forced to meet the parents at opening ceremonies in a chaotic quick situation before the official team meeting. It’s so important to be able to meet in a calm, controlled environment where everyone can chat, ask questions and coaches can set the tone of the season. Opening Ceremonies were just hot, uncomfortable, unorganized and HOT!

Instead of a home, we opted for a separate venue. That way neither I or the Assistant Coach would have to clean up and the kids had a space to hang out while the adults spoke. I picked Pint Size Kids in Sherman Oaks. The reason I choice that particular place is because it fit my criteria: 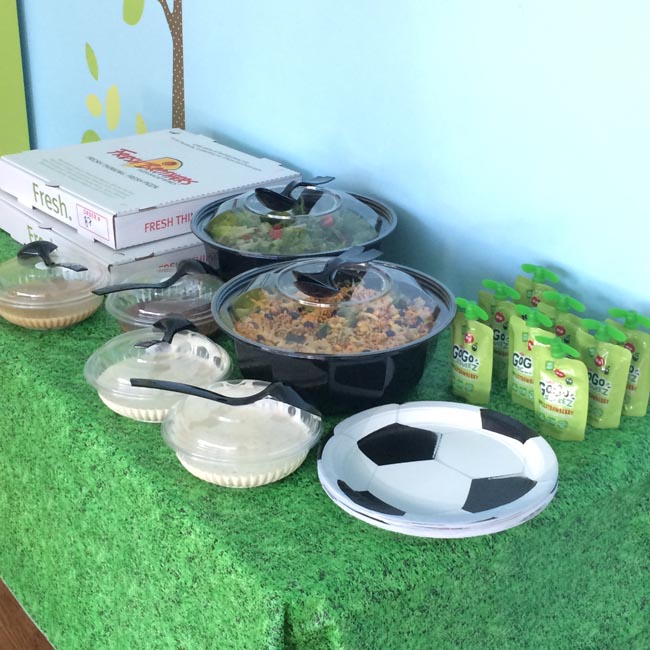 It also doesn’t hurt that it’s a place that my kid loves to go to and is owned by two women small business owners. Everyone was comfortable. Quick set up and easy take down. Because it was set in the evening, I decided to provide food, that way the parents could take their kids home straight to bath & bed. I went to a central food location that had everything I needed. Salads, Pizzas, Gluten Free Pizza & Vegan Cheese Pizzas for a low price. It’s Fresh Brothers. The aren’t everywhere, but they are worth the drive. I also grabbed some GoGo Squeez for the kids which is always a winner with both parents & kids.

I created a newsletter with information for the parents to take home. Talked about what they could expect from me as a coach and the season. I also chatted with the parents. I wanted them to get comfortable with me as a person since I would be around their children. So, team meeting went well! Score one for Coach Brooke.

I was able to schedule a practice with a UK coach on the turf with the kids. Score three for Coach Brooke! Kids got to practice on real turf with a REAL soccer player from “Mother England” (as Hippo says). They did great! I was also able to watch and observe their behavior, skill and get some tips. The great thing is our assistant coach actually played soccer, so we decided I will run warm up and she will run drills. 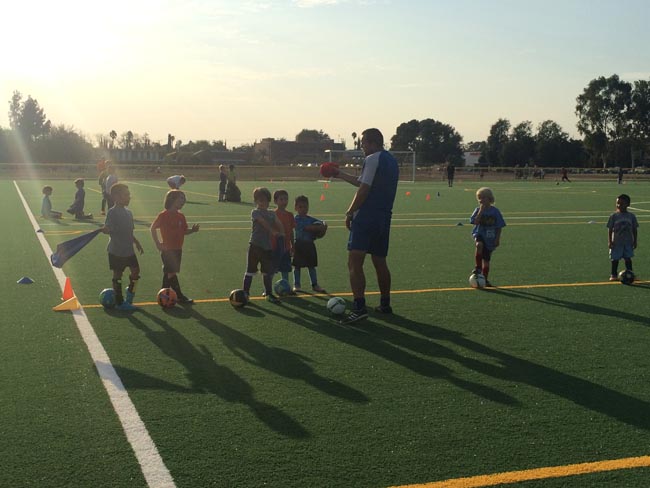 The heat was draining, but I noticed 15 minutes into the temperature dropped dramatically, so I’m thinking that evening practice is the best bet for me and the kids. I need a cooler to keep water and cool towels to keep me hydrated and cool. Post practice Topricin rub down also worked really well. I talk about Topricin a lot because I really love it and use it often. It has no smell, it’s all natural and it isn’t greasy. It also works quickly. I use it in the morning before heading out and then at night after I’ve been mobile all day. I also stayed away from wine post practice, staying with water and gatorade only.

I knew it was gonna be hot and that I would be standing a while, so I created a plan. The game was in the afternoon, but I got up early anyway. Ate early and started another water guzzle. I did that to try and empty out my pouch as much as I could. I know standing can sometimes make me have to run to the bathroom and coach can’t do that! I also decided to do as little as possible, conserving my energy as much as I could.

The game went great. I was VERY nervous and bit overwhelmed, but I realized very quickly that it was all about rules, team work and patience for five year olds. I also realized that some of the male parents are probably subconsciously uneasy about their son’s having a female coach who hasn’t played, so my voice a bit drowned out for a little bit. I’m just going to have to diplomatically address that so that I am able to create a relationship and a trust between myself, assistant coach and the players. But over all, it went really really really good! My little squad blew the other kids out of the water! I mean we aren’t keeping score or anything *Cough* 10-2! *Cough*, but you know the Purple Dragons did well. By the end of the game I felt great! I literally saw things happening during the game through my coaching eyes, that I have never seen just watching the game as a spectator. I can definitely see talent and where we can work on things.

How do I feel physically? Well, considering I went into practice one day after my Remicade treatment, Friday was ROUGH. Today, I am a little sore and exhausted, but I’m not in much pain. I actually think that the running, walking and constant movement might be great for the arthritis and regulating J-pouch output. It will definitely help with my insomnia. I actually got some sleep last night which felt really great!

Now onto the next week! Stay Tuned! 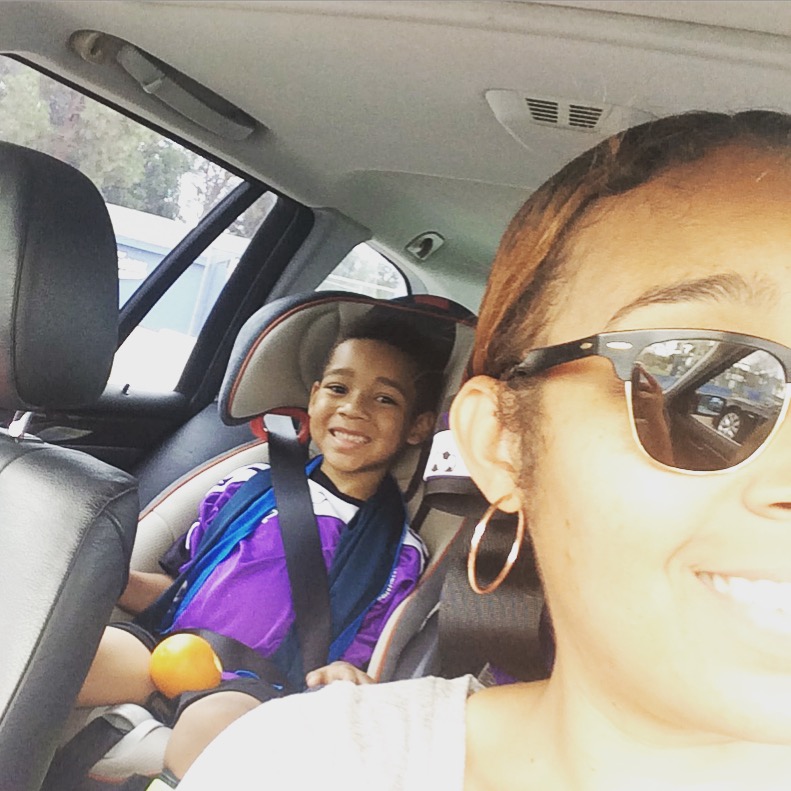