Let’s face it. I’m an easy, cushioned target for nasty looks, weird questions and misguided innuendo. I’m a single mother of color living in a upper middle class neighborhood, with a chronic illness & disability who works from home & coaches little league. And although we have settled into the 21st century, some of us are still living in a pre-google age where we have never heard of a young woman being disabled or have seen a woman coach young men into victory. No, we can’t quickly search for definitions of diseases or believe that children can look beyond gender to find heroes. Sometimes I feel like a cavewoman living in a tribe where they’ve discovered fire one village over, and we are still wrapping up in sabertooth tiger skins.

So, I coach my son’s little league team. I am also my son’s only parent living in Los Angeles. I am also living with two chronic diseases. I also grew up with brothers and a family in love with competitive sports. My dad tossed me a ball before he tossed me a doll. My son is the one who’s sliding into home plate getting your unsuspecting player out and then tossing it to second for a double play. Yea, I taught him that. No doubt he got his naturally born athletic prowess from his All-American,  “I’ve got trophies from every single sport that has to do with a ball”, had the choice of any college, father. But his mother, that’s right, was the one who put his first bat in his hand and said, “Put your hands together and swing.” Sure, completely by default. By the time Hippo was of an age to play sports, we had moved away from San Antonio and were living back with my mother in Los Angeles. His father was only in town once a month. And although daddy encouraged his little brainiac, political son to get on the field, Mommy was the one who taught him the game. Mommy is the one out there in the park every week teaching alligator catches, pitching bad pitches to show him when to swing, timing his sprints to the bases and serving up the post practice frozen yogurt for a job well done. Yet in still, every week, a day approaches my 8 year old looking 6 year old and asks, “Did your daddy teach you that?”. But my son, the feminist, is quick with his reply, “No. My mom. My dad helps when he’s hear. But I learned it from my mom. She’s my coach.”

My disability puts me at an even more advantage. Whereas, one of the dads in our league is fighting his own illness battle and receives support to continue coaching. I’ve received quite a few suggestions about maybe handing my team over to one 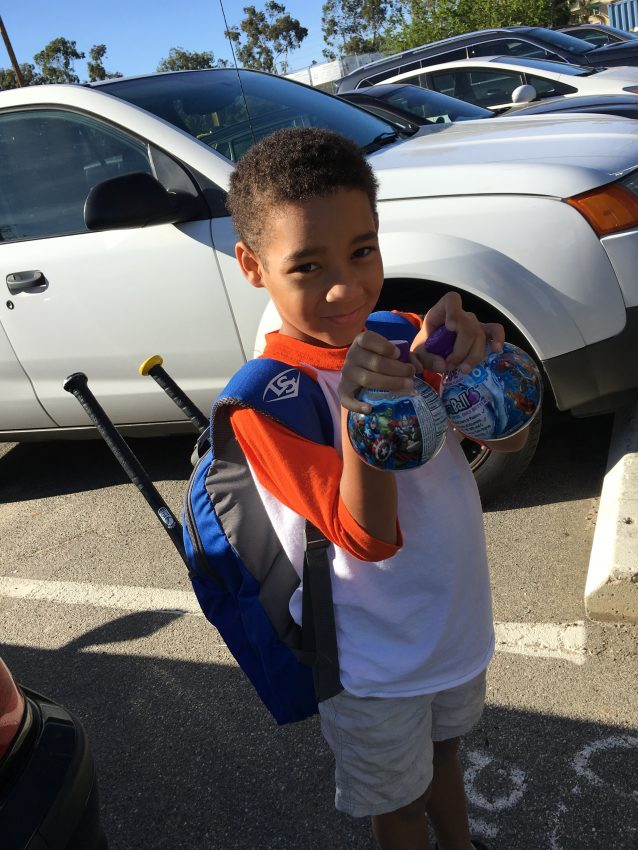 of my assistant coaches. Or perhaps sitting down during some innings. One manager thought it a great suggestion to just stop the game because he said, I looked tired. And actually that day I was doing pretty good. I mean, it was hot as hell and I was sweating as much as the other coaches…but I definitely wasn’t tired enough to stop a whole game. He actually stopped playing before even asking me. Some coaches will walk right past me; in my coaches hat; and introduce themselves to one of the assistant coaches. Then with a surprise look and a thumbs up of, “Way to go, you, mom!” they come over and shake my hand! Between my disease & my uterus, I guess it’s a wonder my kids are even in formation.

But my kids are in formation. In fact my kids are kicking ass. They show great sportsmanship as well as great athletic ability. And they love me. I mean truly like being on my team. I know I’m the only coach our division who receives flowers every game & practice. LOL! More than that, these kids have grown. Truly grown! I know I’m not suppose to keep score, but I have been…just to see the progress, really. But yes, I have been and the kids have done wonders. There is a trust and a bond between us. I am honored to be there coach. We step on the field with our two girl players, our two super short players and our female coach. Immediately we are counted out. And just when the other team is comfortable, the Bees start buzzing around. Then they start stinging! Sometimes, living in chronic pain and working in a male driven society can really pull at you. It can feel better to just stay in your lane, keep a steady pace and push through. But we’ve got one life! ONE! There aren’t any do overs. This is it. Enjoy it. Don’t let someone or something dictate YOUR life. My arthritis and IBD make it harder than most to get up and coach my son & his team mates every week. The fact that I have a single income and I have to take off time from work to dedicate to my coach life, is a challenge. It’s a challenge, but it’s not an impossibility. And where there is a sliver of hope, there is possibility. Possibility turns into probability and then…you’re living life. Live your life. I love sports. I love coaching. I’m gonna coach. And I’m gonna do it to the best of my ability. 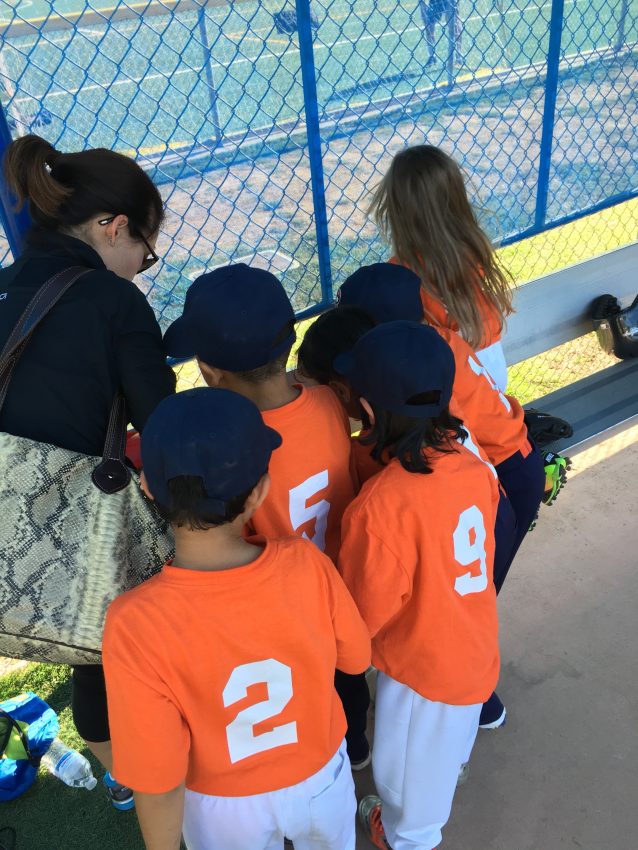 A couple of weeks ago I heard a little boy tell Hippo and his teammate, “You have a lot of girls on your team! Why is your mom the coach?” My player said, “So, they hit it over your head!” and my son chimed in after and said, “Yea! They hit it so far. And my mom is the best coach here! She believes in us. And some girls can play better than some boys. That’s the truth!” 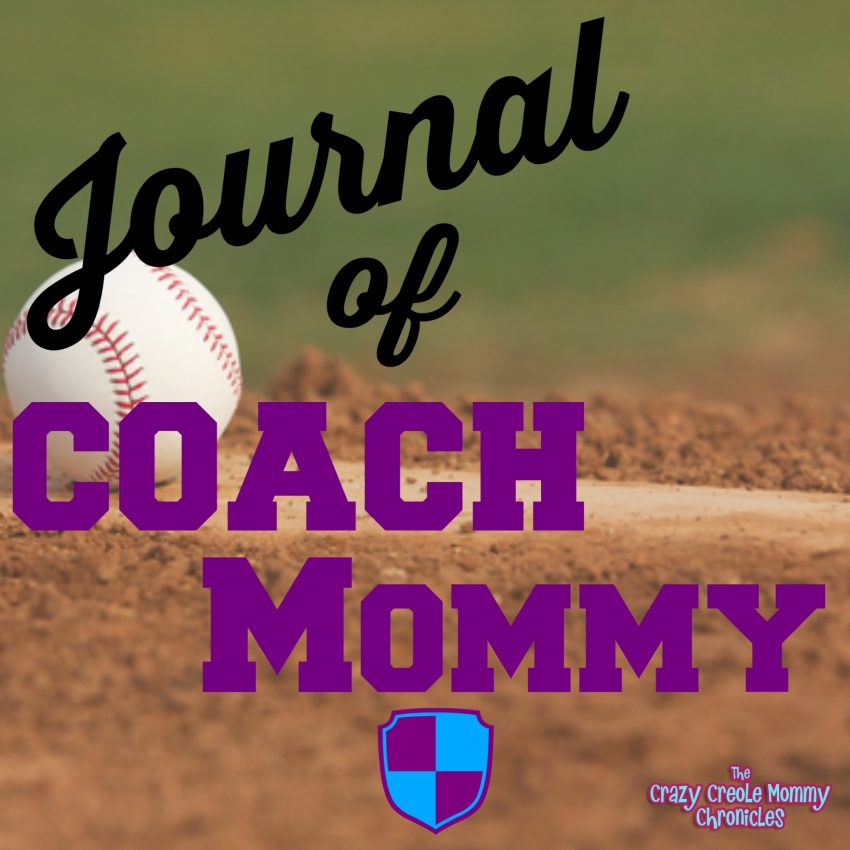 « For The Love of Biologics» My Name is Brooke, and you can’t see my disability