My grandmother knew a parent who had a kid that liked Superman. Scratch that, LOVED Superman. He wanted to dress up like Superman everyday because he was in fact Superman…in his mind. Finally the parents got a comprise where they let him dress in a suit (but with the Superman outfit on underneath) and be Clark Kent while he was at school.

You know you hear these stories, and you think, that would NEVER happen to me! My kid won’t do it or I won’t let my kid do it! I was one of those people! When I heard that story, I laughed and thought, “Oh no, that will never be me!” And then I gave birth to a child. And that child out of NOWHERE starting to sing the theme song to the 1960’s show, Batman! And that love for the BAM, POW & Technicolor cornflower blue batman with the painted eyebrows led me to chasing my 3 1/2 foot toddler  through his god parent’s home followed by two other cheerful toddlers as he was screaming, “Im Batman!” with an oversized cape flapping behind him. And it didn’t end there. Batman is here to stay. He stays prepared by taking useless things like my keys, wallet, inhaler out of my purse to make room for his Batman gloves, cape and mask! I mean, you just never know when you’ll have to fight crime at an indoor playground or Starbucks!

Now I’m not sure if my son truly believes he is the real thing or not. He said he was, A Batman. Like a type of Batman. I didn’t know they were a breed, but apparently he is one! The funniest part is how serious he is when he has the costume on. He greets people as if he is Batman. And don’t you dare try 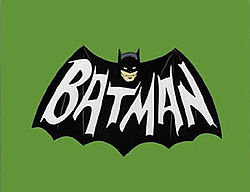 and put the costume on over some clothes! Why that’s just nuts! After all, “Batman only wears underwears under his Batman costume, Mom!” DUH! I really don’t know where all of this came from. And I don’t really know if it needs to be stopped or if it will fade out once he hits kindergarten. Perhaps this is my payback for my stupid naive comments I made about parenthood before my son was even a twinkle in my eye! But why Batman? Why Batman from 1960? I mean I can say that Batman was one of my favorite superheroes because he didn’t have super powers yet he kicked so much ass! Could I have subconsciously passed this on to my son for him to take to the next level?! Will he ever stop being Batman? Who was the better Batman, Christian Bale or Michael Keaton? For the answers to these questions you’ll have to tune in next week! Same bat-time! Same bat-channel!