Sometimes Organic, DIY in my head

I love organic food, fabrics and products. I believe that being as natural as possible is needed. But at the end of the day, sometimes I like an In and Out burger. In and Out Burger is NOT organic. I love Etsy. Every year when Jaxon’s birthday rolls around, I try to talk myself into going completely DIY in true Etsy fashion. Alas… I am not crafty. I can’t even print out banners properly. So, an Etsy-esque party dream is never fulfilled. That is until now! 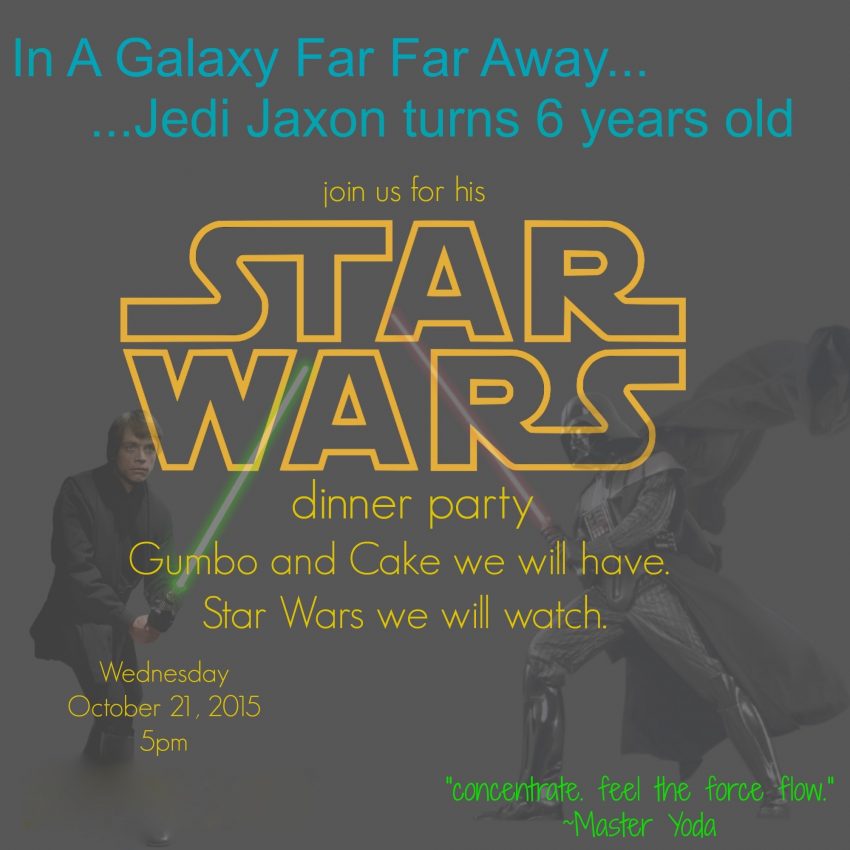 This year I actually went to Etsy and made purchases that were a little DIY. Kind of. Well, I had to unfold them! But I did make lightsabers! Oh yes, I did! I took giant bubble wands…  Wait, I’m getting ahead of myself. Okay, so Hippo had a birthday party. A very small dinner party birthday party. What kid has dinner parties for birthday parties? Creole kids who love having mommies that make

gumbo for their birthdays! Yes, my six year old asked for gumbo, catfish nuggets, rice and greens for his birthday. Well the gumbo made the cut, but my fatigue would not give into anymore menu requests. 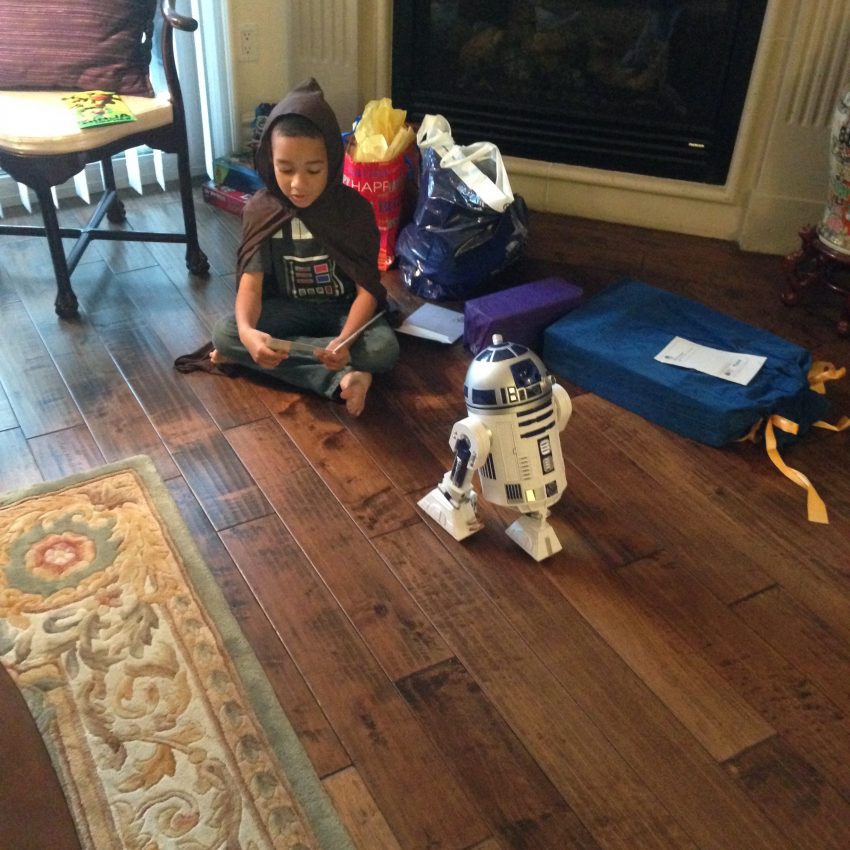 People don’t understand all that goes into making a good gumbo. The actual stew doesn’t take all that long to make. It’s really the prepping of the meats & the cutting up of the trinity. I make a broth out of the shrimp shells & the flavor in my roux comes from the hot sausage…so yea, a lot of prep. But if you start at least the day before, you can have a perfect pot of gumbo the next evening at 5pm. 🙂 Easy enough! The best way to prep your trinity while in the middle of an arthritis flare up is by using a food processor. Me and my Cuisinart are the absolute best of friends! So, we had gumbo and salad…oh and bread of course. Lots and lots of bread! I use a lot of organic produce in my gumbo and then of course some non-organic elements like the seafood and a Los Angeles based Creole person’s secret, Pete’s Sausage …hence the sometimes organic. Cause there’s no way I can make gumbo without Pete’s and seafood.

Birthday cake was the dessert and popcorn the movie snack. Once again I went to my personal birthday cake guru, Tiffany at Sweet Dreams Cakes N’ Things who did Jaxon’s pirate cake three years ago and his epic Super Hero cake last year. She cake out the box with this one! Jax wanted a vanilla and strawberry flavored cake that was Star Wars/Disneyland themed. So, she baked a two tiered cake that had two different flavors. Vanilla with vanilla 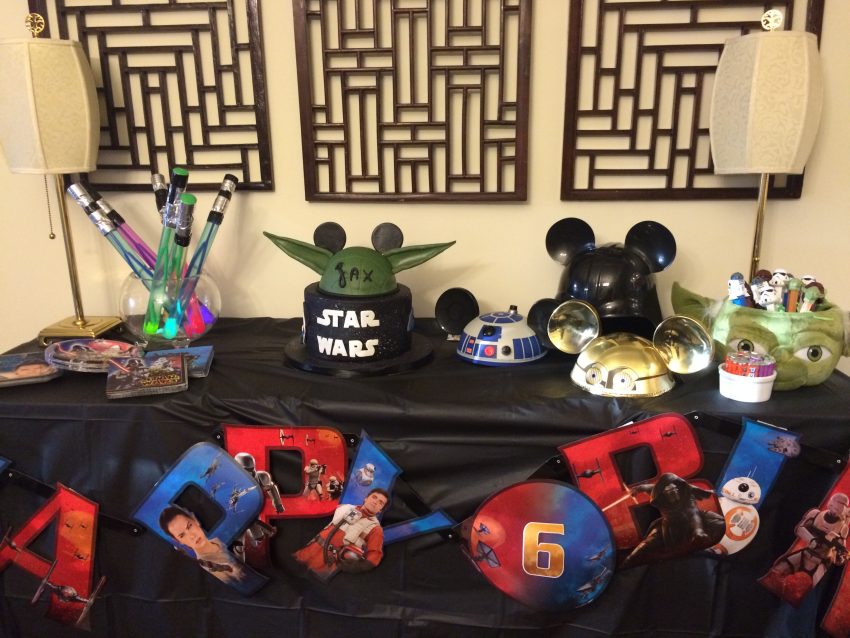 buttercream cake and a strawberry with strawberry buttercream that had fresh strawberry pieces in the buttercream. It wasn’t too sweet and it was super moist. And I know she is adverse to using artificial flavors so that strawberry cake was all around natural! See? Semi organic! LOL! I say semi, because she totally used fondant to make the base, & the Yoda disneyland hat with Jaxon’s name on it. Whatever! It was a wickedly awesome cake and Hippo damn near had an asthma attack when he saw it!

Before & after dinner, Jaxon and his God-brother played light saber wars and dance machine with our talking R2D2. I took giant bubble wands, then snapped and inserted mini glow sticks into the base. Then I cut strips of silver and black duct tape and wrapped them around the handles. Ta-Da! Glowing homemade lightsabers that also blow bubbles! Then we popped popcorn and I passed out popcorn boxes hand stamped with Leia, Luke, Yoda & Chewbacca on them (bought them from Etsy for a really great price) and we watched Empire Strikes Back on the living room tv from an iPad. I used his Easter egg Yoda basket & filled it with Star Wars Pez dispensers. Our Disneyland hats were also very useful in decoration. It was the most amazing semi-organic, semi-DIYing dinner party I’ve ever had! 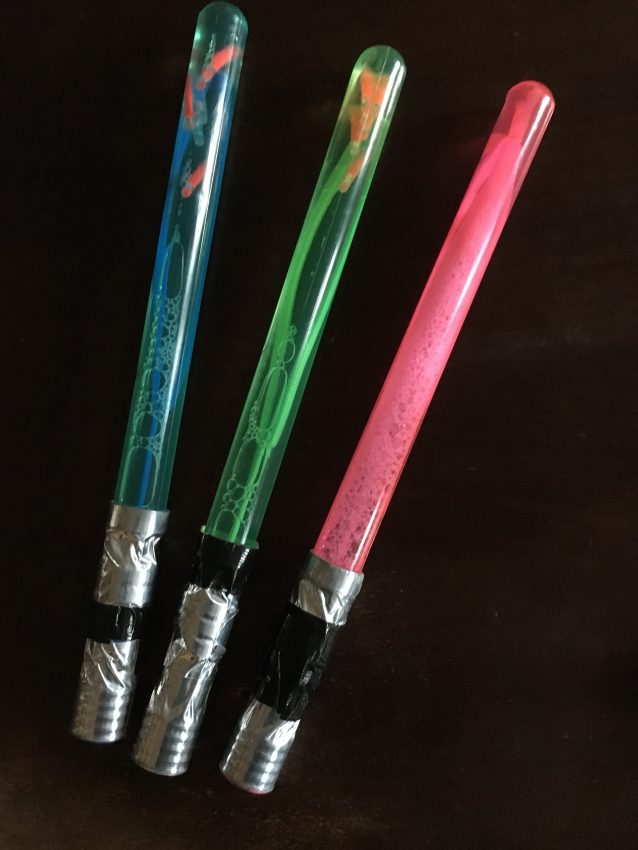 Then, two days later, his father and I took him to Disneyland together. It was his dad’s first time and their first time together. We had the best luck with getting gifted fast passes through out the day based on their passes. I had purchased C-3po & R2D2 Mickey ears for me and dad to wear so that we matched Hippo’s Darth Vader hat. And as a birthday gift to Jax, I bought all three of us classic Mickey ears with Mommy, Daddy & Jax engraved on them. It was just the 3 of us and it was absolutely awesome! We started the day at The Storytellers Cafe for the character breakfast which really does have a great breakfast buffet. They also have mimosa’s for Mommy & Daddy, dining room entertainment with the characters for the kids so that they aren’t sitting the entire time restless. I recommend the Mickey Waffles, Hash browns and make your own Omelet. The coffee is okay…I like a more flavorful tasting coffee like Bitches Brew from Groundwork or Blonde Roast from Starbucks. We stayed in California Adventure the first half of the day so we could go on all the kid friendly rides and mommy & daddy could have good food w/ a couple of beers. LOL! Hey, listen something for everyone! I also would like to say that I reeled my son’s father back to being in love with the Bugaboo stroller. Since Jaxon turned 3, his dad has been anti stroller because…well, because he’s a dude! But after his dad witnessed the power of the 1.5 hr. stroller nap and post amusement park day stroller nap to the car…he’s back into stroller life! Yes, Hippo napped in his stroller going through the Radiator Springs ride line. And his dad and I could enjoy snacks and beer while moving along for 128 minutes. Then, there was no where for him to sit and eat, so he sat in his stroller. His dad isn’t a passholder, so he got a park-hopper ticket for him and we went back in forth between the parks later in the day so we were able to see World of Color, the new electrical parade and ride Hippo’s favorite Disneyland rides. 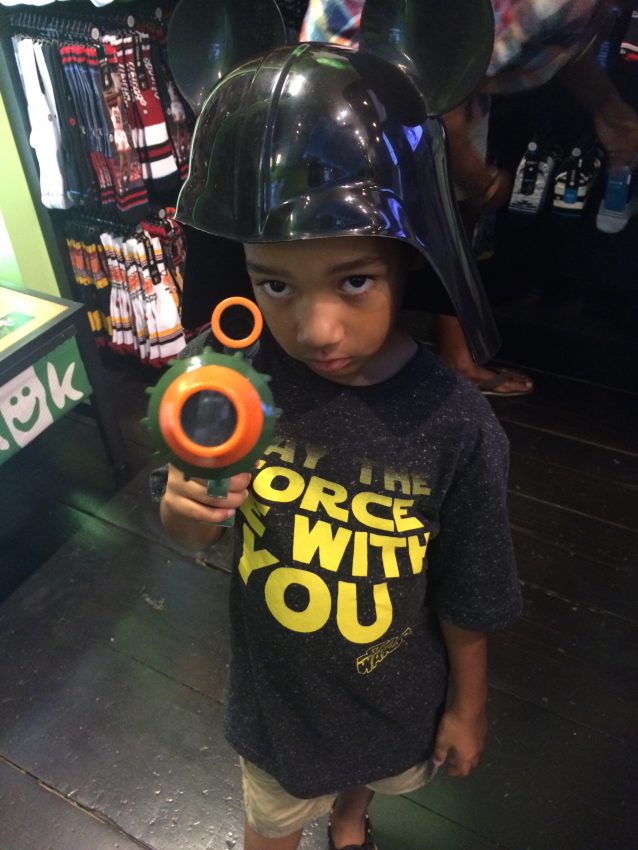 Hippo said, this was the best birthday he’s ever had! And I would definitely have to agree! Best birthday ever!