More Than A Feeling

When I was growing up my step father and I bonded over music and baseball, which is interesting because my biological father and I also bonded over baseball and music. I’ve always loved the game. I got to play it for a little while, but not like I wanted too. My mother just didn’t have the time as a single mother to make sure I got to my games, there were more of us than there were of her. When I was a teenager, I decided that if I ever had children I would at least let them try baseball. If they didn’t care for it, then great. But if they loved it, I would make the commitment to stay with it. Hippo Papa shared my loved for baseball. He played when he was younger, but made the choice to pursue basketball under the influence of a overbearing coach. But he loved the game and this was something we found a bond over.

When Hippo was four we enrolled him in Little League WeeBall. It was a year after my surgery. Yet, Hippo and I were still reeling from the trauma of separation & emergency surgeries. We needed something to put our back up against, share and love. Baseball was the perfect solution. We made friendships with other families, there were snacks and the smell of wet grass. For a brief shining moment I was not sick. No one talked about my disease. We spoke about pitches and catches. I began coaching. We spent our weekends with our baseball family. Saturdays in the fall. Sundays in the spring. We began to have heart to heart talks over a game of catch. We stayed up late watching ball games with popcorn (puffs for me) and bottles of butterbeer. When baseball was around, IBD was gone. The Dodgers, The Texas Rangers, The Giants, The Cubs. Hippo and I found life with baseball outside of the ever present and consuming IBD.

Hippo Papa and I have made our strides. Teaching Hippo together how to get through his time at bat, running through the plates and keeping his glove open for every pop up. We found common ground to laugh, speak and love our son through our pain. Me living with IBD, him watching me live through IBD. We found a place to co-exist, to co-parent and to eventually repair and rebuild our friendship. When I stood up as the only female coach, he was right there pushing me through when I was  unsure that I could make it through the misogyny & pressure. He cheered me on when I led my team to a victory. He comforted me when our games looked more like a scene out of the bad news bears. He stopped treating me like I was a patient on her death bed and more like a mom. We found life outside of IBD through baseball.

Today is the first game of the World Series in which Hippo & my victorious Los Angeles Dodgers will play against Hippo Papa’s precious Houston Astros. After years of fighting battle after battle of living with IBD & weeks of losing people we love to chronic conditions, the teams representing the cities of Hippo’s parents head to the World Series during the week of Hippo’s birth anniversary. After so much loss, so much strife, so much trauma, we are living in a bubble of pure joy. It’s more than the World Series this year. It’s more than baseball. It’s more than hotdogs and fresh cut grass. It’s life. We are here, together. We have made it through the absolute darkness and here is a moment of pure light. And even though our small, broken family cheer from different sides of the ball park, we are one in joy! We’ve made it out of the dark a little stronger and a little closer…with the help of baseball. 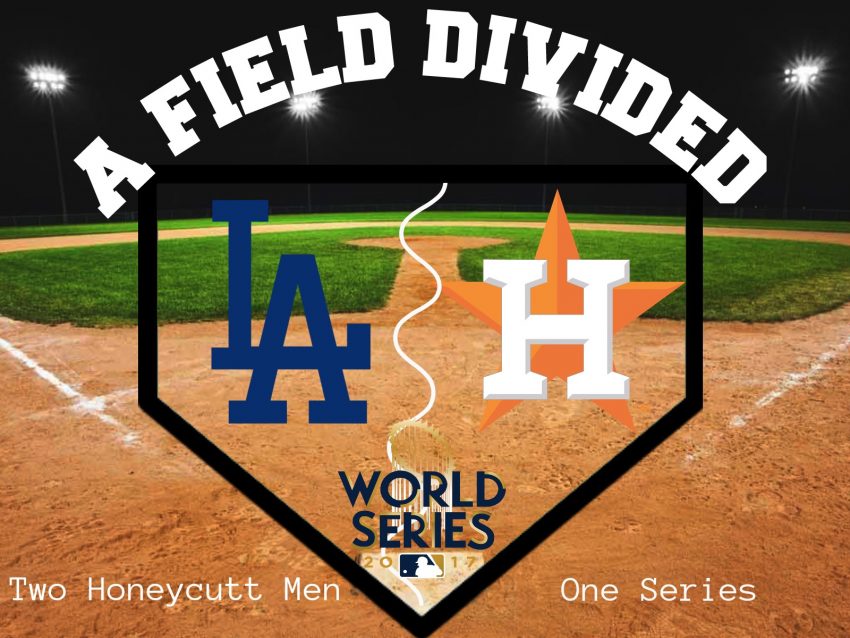